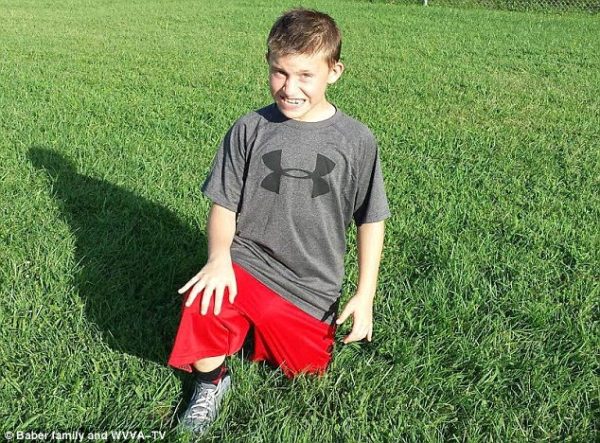 A nine-year-old pupil of Sophia-Soak Creek Elementary School in Raleigh, West Virginia has been found dead in his room, and relatives are claiming constant bullying in school had caused him to take his life.

The victim, Jackson Grubb, was found dead by his sister in his room last Saturday  after she went to cheer him up with a frog she had found outside.

Police said the boy was found hanging and no foul play is suspected by authorities in his death.

Relatives of the third-grader said the bullies sometimes waited to torment him by his trailer park.

“I was spending time with him, trying to get it out of him. But Jack’s the type that holds things in and I couldn’t get to him,’ said Jackson’s grandmother and guardian,” Betsy Baber.

Baber said Jackson tried to fend off the bullies with humor and sometimes by force although he had lost the desire to fight them in recent weeks.

His grandmother also helped build him a clubhouse to help him make more friends.

“I don’t know what he was thinking. He wanted to spend the night with me for two days and I couldn’t figure out what was going on,” Jackson’s uncle, Shane Baber said.

His mother Diana Crump said: “We came straight over. I saw the ambulance go that way and I said, ‘Turn around! Turn around! That’s Jackson!’ When I got to the hospital they wouldn’t let me in so I knew when I saw EMS crying that he was gone.”

Jackson’s body was sent to the West Virginia Medical Examiner’s Office for examination.