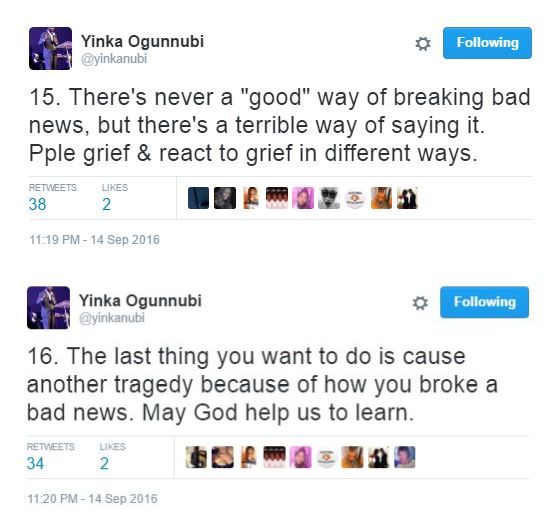 Public Speaker, Author and Finance Expert Yinka Ogunnubi shared an experience he had concerning how to break bad news to people.

He shared his observations he made from two women one morning. These screenshots are the lessons he learnt and he is now sharing: 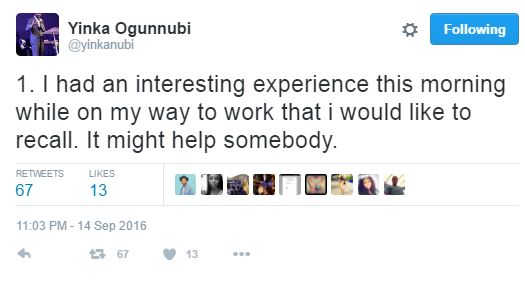 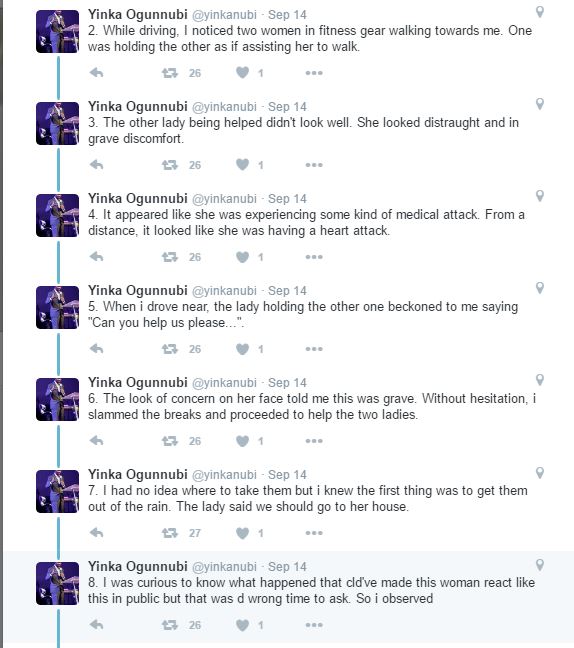 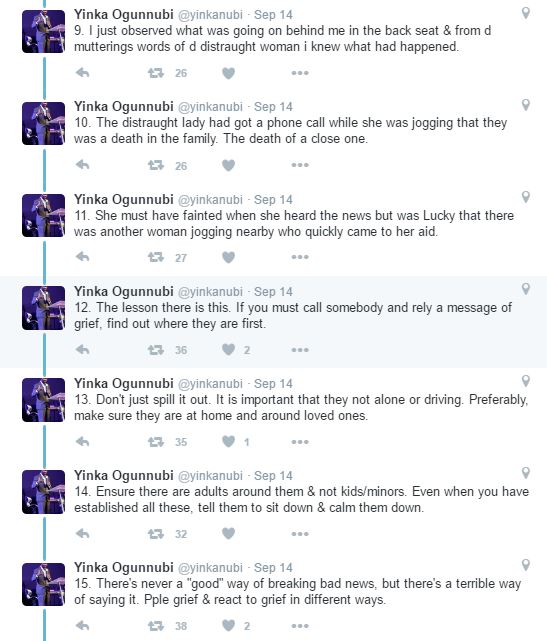 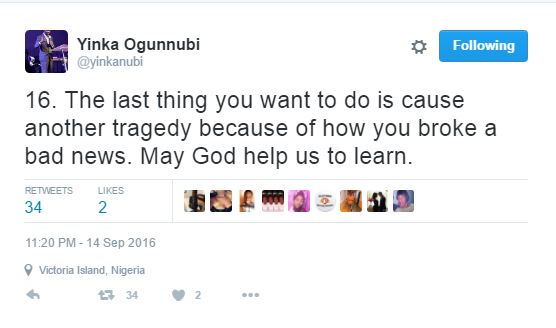