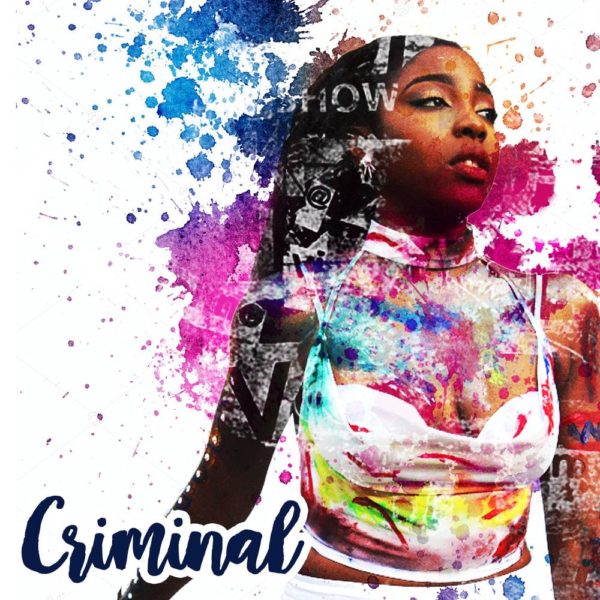 Following her exciting introduction, with last month’s politically charged single ‘Pay Attention’, which was supported by several leading African online and radio tastemakers, London-based Nigerian musician and painter Nissi, who is also Burna Boy‘s youngest sister, returns with a brand new single titled ‘Criminal’ – the second track from her forthcoming debut EP Downtown, which is scheduled to be released in October.

New single ‘Criminal’ sees Nissi collaborating with producer Cornel Sorian once again, to deliver a rousing Jazz-tinged Funk/R&B offering, backed by lush bass guitar arrangements and glorious horn sections, over which Nissi sings beautifully about “wanting to be a criminal tonight”, and the – sometimes reckless – lengths we often go, for people and things that we are attracted to.

According to Nissi, the inspiration for ‘Criminal’ came from “having conversations with my friends, about how, even though they were in relationships, they have met other people they just had to talk to. Attraction is definitely one experience we have all gone through. This song captures that feeling of wanting something or someone that can make you commit a little crime, just to get your way”.