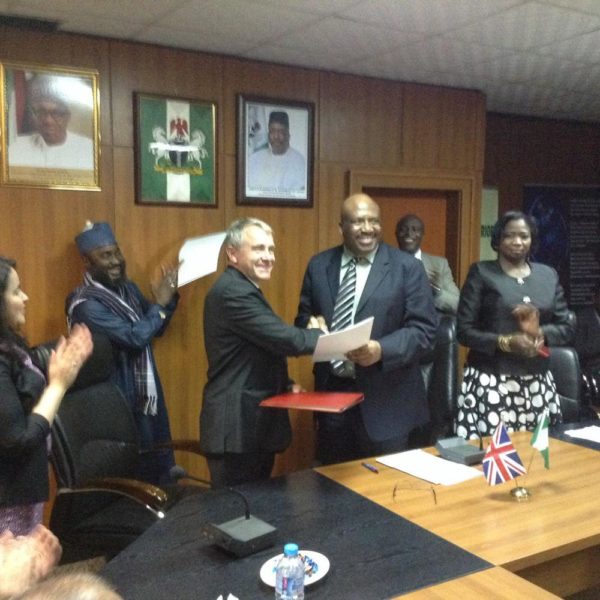 The Federal Government has signed a Memorandum of Understanding (MoU) with the British Government on immigration returns and proper profiling of the nationalities of migrants.

The Minister of Interior, Retired Lt.-Gen. Abdulrahman Dambazau (Rtd), disclosed this on Wednesday in Abuja in a statement signed by Willie Bassey, Director Press of the ministry.

He said that the‎ profiling of migrants would be done through biometric and biographic data.

The minister said the signing of the Addendum to the 2005 MoU on Immigration Returns between the Government of Nigeria and the United Kingdom was done in Abuja.

Dambazau stated that the MoU was a review of the initial bilateral agreement signed in 2005 between the countries on the return of illegal immigrants, as well as for legal migrants who overstayed their visas.

He said that the review was informed by the new challenges that have emerged, which could only be met by reviewing the Agreement, adding that such challenges include the difficulties in ascertaining the correct nationalities of some immigrants.

He noted that “the Addendum being signed concerns the use of biometric and biographic data and addresses the concerns of the government of Nigeria regarding the true identity of some migrants.”

In a response, the leader of the UK delegation and Minister of State for Immigration, Robert Goodwill, described the Addendum as a significant modernisation on the earlier‎ MoU.

He stressed the importance of preventing immigration abuse by those who entered and left the UK illegally.

He commended the Minister of Interior for driving the process, which culminated in the signing of the MoU.