Solomon Dalung: Team Nigeria's Performance at #Rio2016 Was Better Than That of London 2012 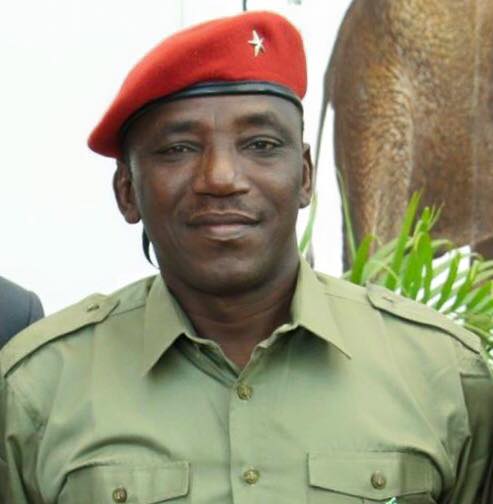 Minister of Youths and Sports, Solomon Dalung, on Saturday in Ilorin said he was disappointed with those who said Nigeria performed abysmally at the Rio 2016 Olympics Games.

He said he was in this state because Nigeria’s outing in Rio was better than that of the London 2012 Olympics where the country failed to win a single medal.

Dalung, in his argument, pointed out that Nigeria set a unique record at the Rio Olympics with Aruna Quadri being the first African to reach the quarter-finals in male table tennis.

“Chierika Ukogu was also the first black athlete to reach the semi-finals of the rowing event,’’ he said.

Returning to the NYG, the Minister said the Games have assumed a global status.

Dalung said the country must move with the trend of events in line with international best practices to develop sports from the grassroots.

“Sports in Nigeria has grown and have contributed immensely to national unity. It has equally brought about a stronger binding spirit as well as the detribalisation of Nigeria,’’ he said.

The Minister recalled that after the Games’ maiden edition held in Abuja in 2013, there was the emergence of talented athletes.

“These athletes represented Nigeria at the 2014 African Youth Games held in Botswana and the 2015 Commonwealth Youth Games in Samoa, and they won laurels.’’

Dalung said he was hopeful that the second edition would follow in the same notable path of history by producing podium athletes in different sports.

He thanked President Muhammadu Buhari for his magnanimity of granting approval for the hosting of the Games.

The minister urged athletes to see their role in the Games as a stepping stone to greater heights bearing in mind that there is joy in participation and winning.

Related Topics:#Rio2016London 2012Solomon Dalung
Up Next