UK, Are you Ready? D'banj & Tekno are Coming through This November for the Kokomaster's Biggest Headline Concert till Date! 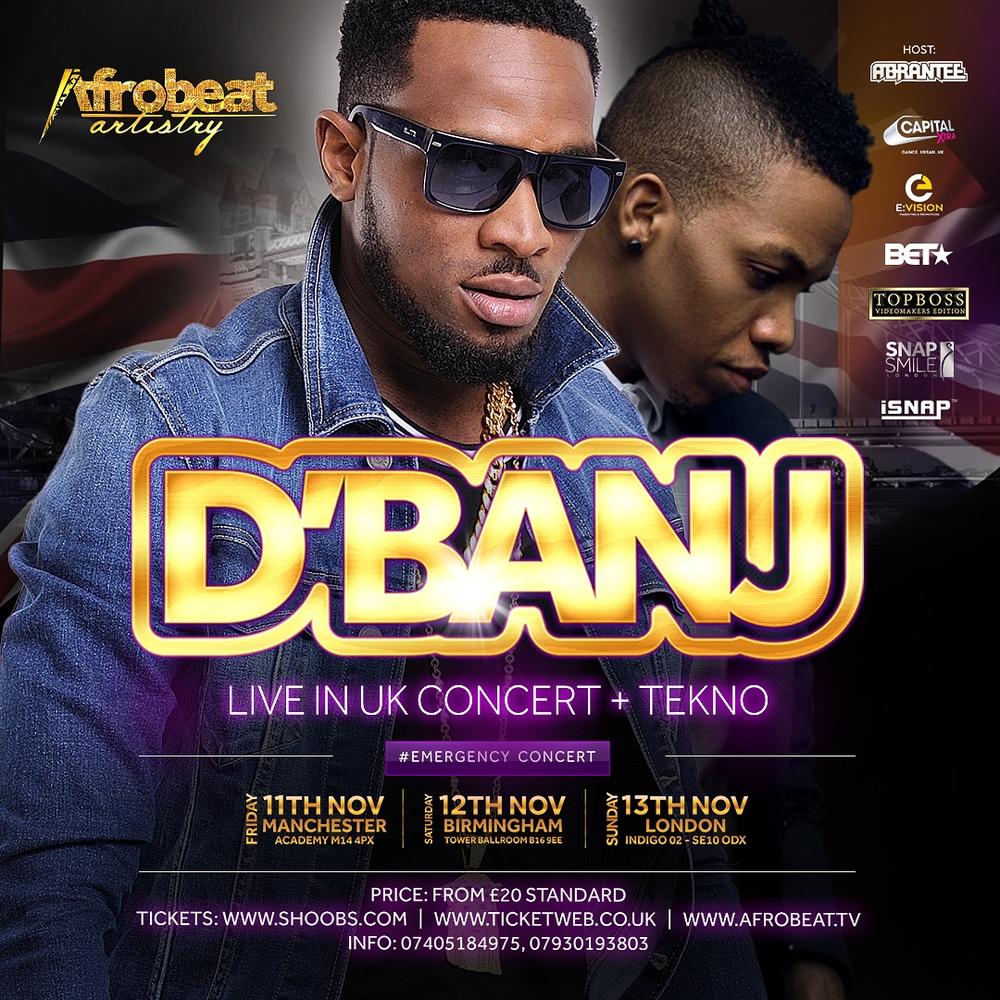 Kokomaster D’banj will be returning to the UK for what will be his biggest UK headline concert till date. He will be supported by rising Nigerian Pop star Tekno, and many other surprise acts.

Hailed for over a decade as one of the most talented and biggest artists to come out of Africa, D’Banj’s unique style of musicianship and entertainment sets him apart from his counterparts. The Nigerian native has been leading the export of Afrobeats to the UK and America, and has succeeded in introducing the lush sounds of African Pop music, to mainstream audiences across the world.

With multiple awards to his credit, D’banj will be marking his return to the UK, after a four year hiatus, with a hugely anticipated nationwide tour, which will see D’Banj performing at the Manchester Academy on November 11th, Birmingham’s Tower Ballroom on November 12th, and the Indigo at The 02 in London on November 13th 2016.

The 2016 D’Banj UK tour is powered by Afrobeat Artistry, and will be hosted by Capital Xtra’s veteran broadcaster Abrantee.