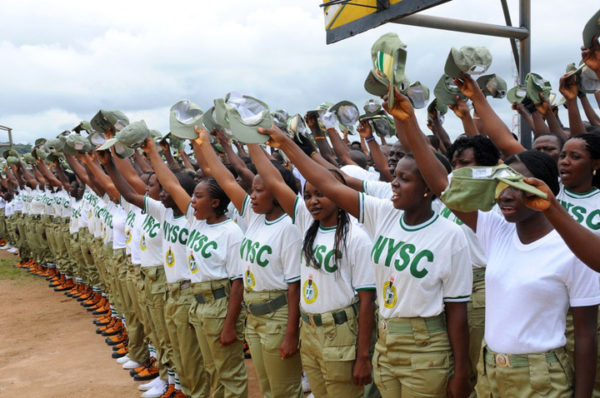 The National Youth Service Corps (NYSC) has ordered 51 corps members under Batch B Stream 1 to repeat or extend their service in four states in the country for violating various rules.

The News Agency of Nigeria (NAN) reports that the cases of indiscipline were recorded in Nasarawa, Sokoto, Niger and Enugu states.

11 erring corps members each were affected by the disciplinary action in Nasarawa and Sokoto states, while Niger and Enugu states recorded 24 and 5 cases, respectively.

The management of the NYSC explained that the offences included failure to report for service after documentation, absenteeism and truancy at places of primary assignment.

Habiba Bappah, the State Coordinator of NYSC in Nasarawa state, made this known to newsmen in Lafia during the passing out event of the corps members.

According to Bappah, 1,936 Batch B stream 1 corps members in the state successfully passed.

She said the 11 corps members were among the 13 ordered to extend their service in various degrees for various offences they committed during their service year.

Bappah said that two others got four months extension for absconding for some months without permission.

“11 will repeat the service year because they did not serve for a single day. Some of them came to camp, did their documentation and took off. 2 are for 4 months extension of service because they absconded for about 3 months,” said the coordinator.

Bappah also explained that out of the 1,936 passing out corps members, 12 were selected for honours awards in various categories, while 18 others would get commendation letters.

“They did very well in various categories like the State’s awards, Chairman’s award and State Coordinator’s award. We appeal to the government to always identify with those that have done well and give them automatic employment.”

In Sokoto state, five corps members out of 2,112 lost their lives during their service year, according to the state coordinator of the scheme, Thomas Yamma.

Yamma said in Sokoto that 7 corps members would repeat their service year.

He also said that 11 corps members were to repeat their complete service year, while 7 had their service extended by between 2 and 4 months, for various offences.

“Happily, 4 corps members received state merit awards, four got chairman’s awards, while six others bagged commendation letters. On the whole, the corps members had exhibited high sense of commitment and diligence. I must also hasten to commend the management of the Service, Sokoto State Government and the Sultanate Council of Sokoto, for their sustained support to the scheme,” Yamma said.

The NYSC also extended the service year of 24 corps members in Niger for continuous absence from their places of primary assignment without permission.

The state Coordinator of the scheme, Bolade Loto, made this known at the passing out parade of the 2015 Batch B stream one corps members posted to the state.

She stated that 10 corps members received State Merit Award, while 10 others received recommendation for initiating various projects that impacted on the lives of the people in the state.

However, she revealed that two corps members died in the course of their service year.

The coordinator said that 2,193 corps members passed out in the state.

In Enugu state, 3 corps members also lost their lives in the course of the programme; one died in camp and two others died in their home states.

NAN reports that there was no gathering and passing out parade which usually holds at Okpara Square in Enugu.

The corps members were requested to collect their discharge certificates from the headquarters of the local government area where they served.

She said that 5 corps members would be repeating their service year for various reasons bothering on truancy and dereliction of duty.