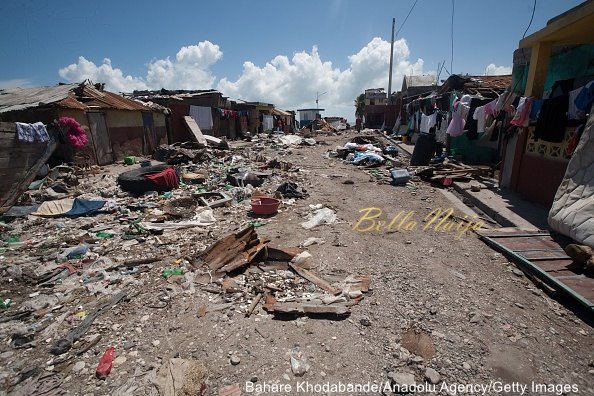 Hurricane Matthew killed almost 900 people and displaced tens of thousands in Haiti before plowing northward on Saturday just off the southeast U.S. coast.

The number of deaths in Haiti, the poorest country in the Americas, jumped to at least 877 on Friday as information trickled in from remote areas.

Previously cut off by the storm, according to a Reuters, tally of tolls from officials.

Some 61,500 people were in shelters, officials said, after the storm hurled the sea into fragile coastal villages, some of which were only now being contacted.

At least three towns in the hills and coast of Haiti’s fertile western tip reported dozens of people killed, including the farming village of Chantal.

The mayor said 86 people died, mostly when trees crushed houses. He said 20 others were missing.

“A tree fell on the house and flattened it. The entire house fell on us. I couldn’t get out,” said 27-year-old driver Jean-Pierre Jean-Donald.

“People came to lift the rubble, and then we saw my wife who had died in the same spot,” said Jean-Donald.

Jean-Donald has been married for a year and his young daughter stood by his side, crying “Mommy.”

With cell phone networks down and roads flooded, aid has been slow to reach hard-hit areas in Haiti.

Food was scarce and at least seven people died of cholera, likely because of flood water mixing with sewage.