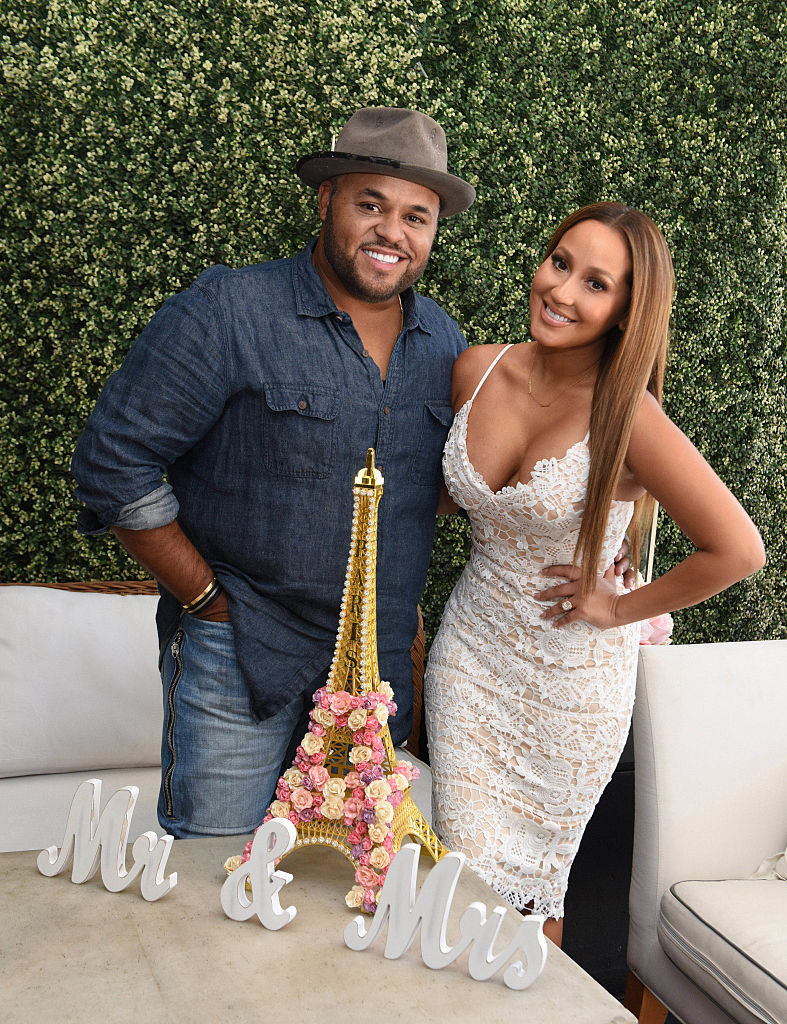 Adrienne Bailon is going to be married to Israel Houghton before the year runs out, and she says she knows everything about her fiancé, so she wishes blogs would stop spreading ‘lies’ and ‘half-truths’.

A major rumour that has emerged is Houghton had two children from other women while he was still married to his ex-wife of 20 years.

However, if this is true, she’s not bothered by it. Here’s what she told Angie Martinez on Power 105.1 –

They can’t stop, it’s one after the other. I hate that blogs don’t have journalistic integrity, and I hate that our audience right now doesn’t know that.

There’s constant half-truths and full lies everyday. What can you do but have thick skin?

You have to know who you’re marrying. And he’s phenomenal. Nobody’s perfect, everybody deserves a chance of getting it right, including myself. And I think you just gotta be happy.

Being friends for a really long time is a great way to start a relationship. You can hear everything in their past and it doesn’t affect you the same way. So I’ve known everything about him and he knew everything about me, but we knew it as friends. And it was like, ‘Dang, I still like you.’

I’ve know everything about him…he’s my best friend and I can’t wait to marry him.

How Her Family Feels

My family is happy, everybody is happy. They knew him as a family friend. My mum is thrilled.

Listen to the interview –

At Hot 97 this month she also confirmed she will change her last name after marriage.

PA to the President on New Media, Bashir Ahmad Pulls out of New Media and Governance Conference Due to Statements made about Bobrisky’s Attendance