"Anything Jay Z can do, I can do" - Nicki Minaj covers Marie Claire

She talks to the magazine about competing with male rappers, being a black woman and more. 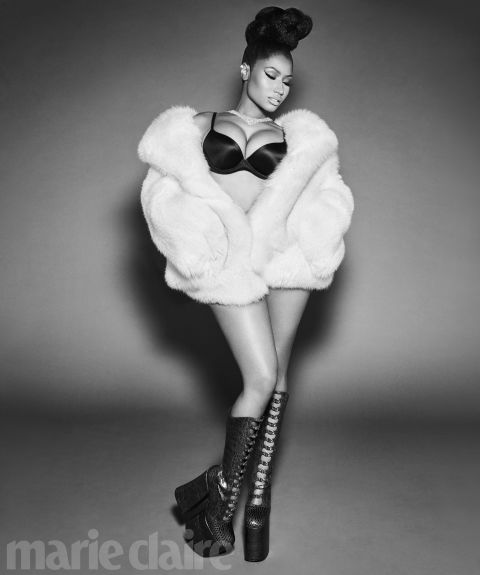 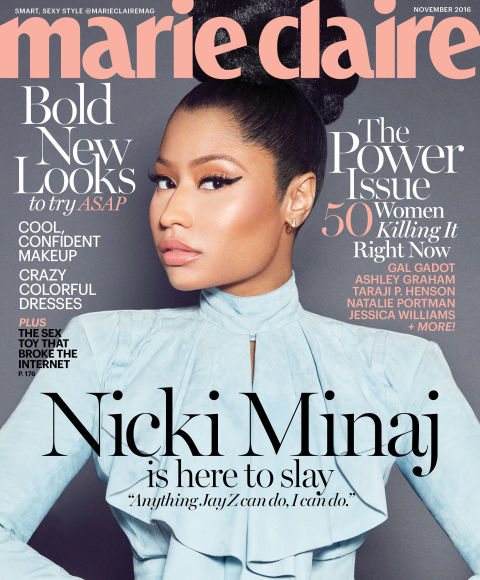 On young women’s goals: “Nowadays, I feel like [young women] see marrying into money—I think that’s a big thing now. I don’t want that to be a woman’s goal in life. I want your goal in life to be to become an entrepreneur, a rich woman, a career-driven woman. You have to be able to know that you need no man on this planet at all, period, and he should feel that, because when a man feels that you need him, he acts differently.”

On competing with male rappers: “I don’t need to read a book about [business]. I can look at someone’s career and just pinpoint the dos and the don’ts, and the one person I’ve done that with for my entire career was Jay Z. He did such a great job being an authentic street guy and a businessman, and I was like, Why aren’t there women doing that, taking the success from rap and channeling it into their empire? I felt like anything he could do, I could do.”

On the double standard that exists for women of color in the media: “When Kim Kardashian’s naked picture came out, [Sharon Osbourne] praised it, and my fans attacked her for being such a hypocrite. So it wasn’t trashy and raunchy when a white woman did it, but it was when a black woman did it? It’s quite pathetic and sad, but that is my reality, and I’ve gotten accustomed to just shutting it down.”

For more from Nicki, visit MarieClaire.com.

Related Topics:Nicki Minaj
Up Next