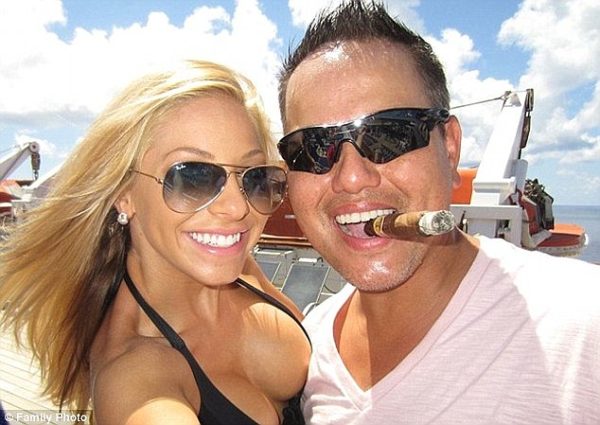 Two former Arizona TV personalities have been sentenced to a year of probation and suspended 30-day jail terms after their baby was found with cocaine in her system, DailyMail reports.

The couple, Somchai P. Lisaius, 42, a former crime reporter for KOLD News 13, and Krystin R. Lisaius, 26, a former KGUN 9 reporter and local journalist, took their child to the Oro Valley Hospital, after observing that she was “wabbly,” “became limp,” was “unable to wake up” and that her “eyes were rolling” into the back of her head.

The pair did not want the baby’s blood drawn, and remained uncooperative after she was transferred via ambulance to Diamond Children’s Hospital.

A urinalysis and a toxicology screen that was conducted in the presence of hospital staff along with officials with child welfare found that the baby, who was born in December 2015, had cocaine in her system.

“It should be noted that at no time according to the report did either parent tell the hospital staff about the mother’s cocaine use the night before and Krystin continued to breast feed while at the hospital,” a police detective said in the report.

Krystin first denied using cocaine and said she didn’t know how the baby was exposed to it but later admitted to police that she snorted cocaine with her husband the night before while hosting friends in their Oro Valley home.

She added that she didn’t think that her daughter would be harmed if 12 hours had passed before breast-feeding her.

During the course of the investigation at the hospital, the child’s medical status was deemed “good” and is expected to make a full recovery. The child is in the custody of the Department of Child Safety.

Following the incident, Somchai Lisaius was been terminated from employment with KOLD-TV.

The duo had originally been charged with three felonies each, including child abuse, possession of narcotics and possession of drug paraphernalia, which they pleaded guilty to. The charges were later dropped under a plea deal.

“Even if the government is selling NLNG on credit, I am not interested in buying” – Aliko Dangote