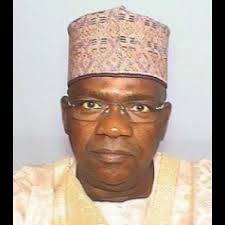 The Federal High Court sitting in Jos, Plateau State, on Tuesday, issued a bench warrant against former Governor of Gombe State, Danjuma Goje for refusing to show up in court today.

The warrant is however to take effect by 8AM today (Wednesday) if he fails to show up in court again.

Goje, who is now a Senator (APC – Gombe Central), and the Chairman, Senate Committee on Appropriation, is being charged with an alleged N25bn fraud.

He is also accused of illegally awarding a N1bn contract for the supply of dictionaries to secondary schools while he was governor of the state.

Related Topics:Danjuma GojeEconomic and Financial Crimes Commission (EFCC)
Up Next

Tizeti offers Unlimited Internet at an Unbeatable Price of ‎₦9,500 a Month! See this October Promo