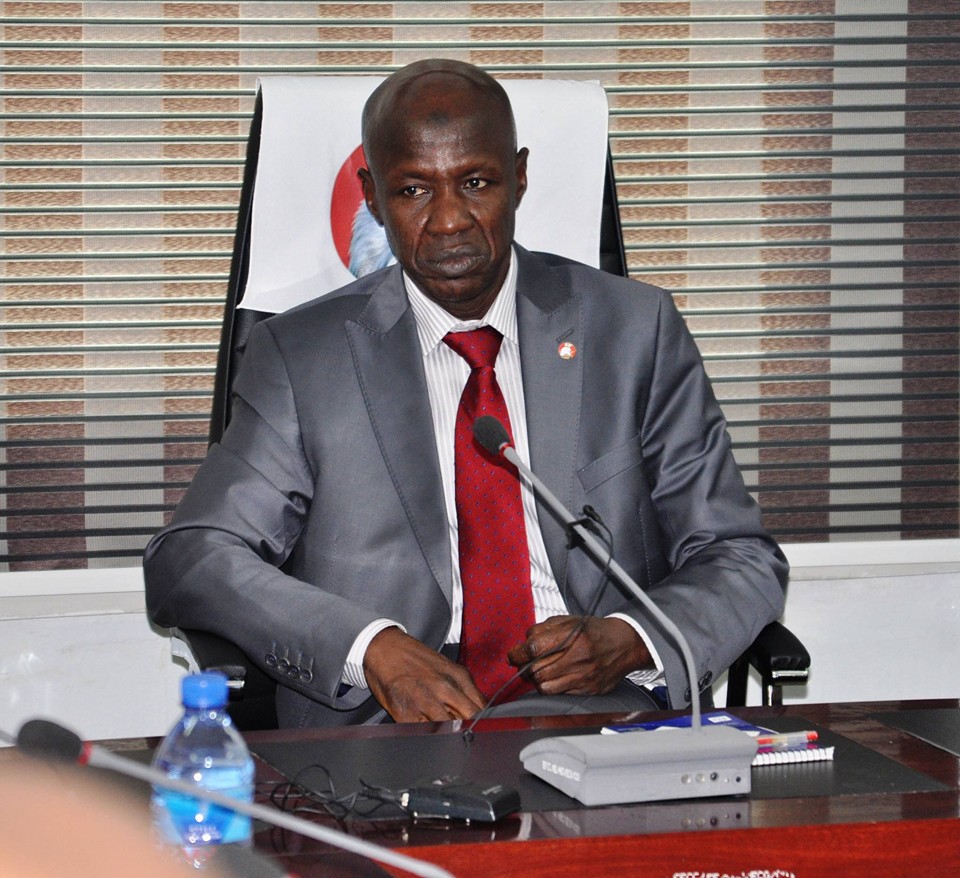 The Economic and Financial Crimes Commission (EFCC) has called for a review of Nigerian laws to enable anti-graft agencies in the country retain a percentage of recovered loot to fund their operations.

The Acting Chairman of the commission, Ibrahim Magu, made the request at the   national anti-corruption conference organised by the Presidential Advisory Committee against Corruption (PACAC) and the National Assembly in Abuja.

The conference which began on Tuesday, will end Wednesday.

Magu said the review will be in line with international best practices.

“In some jurisdictions like the UK, proceeds of crime are further used to strengthen the agency,” he said.

“In EFCC, we have been struggling for years to build our headquarters and when I think of the billions of naira we recover, I can see what would have happened if we are allowed to apply a percentage of this recovery into our operations,” he added.

The EFCC boss also advocated the amendment of the country’s anti-graft laws to place the burden of proof on the accused in corruption cases.

“One the issues that concerns us in the EFCC is that of non-conviction based recovery.

It is of great concern to us that the burden is on us to prove in court that this is a proceed of crime.

But in other climes the accused has to prove that the property he has, actually represents the fruit of his labour.

There is the need for the Act to make a provision for an application of the proceeds of crime into recapitalising the anti graft agencies,” he said.

Magu was represented at the event by David Tukura, the Deputy Director of Planning, Policy and Statistics of the commission.

Vice President Yemi Osinbajo, who opened the conference, called for more support from Nigerians for the  Buhari administration’s efforts at recovering stolen funds from looters of the nation’s treasury.

Osinbajo lamented the state of corruption in Nigeria.

He said  the country stands  the risk of  remaining underdeveloped if nothing is done to stem the tide of corruption.

The President of the Senate, Bukola Saraki, said the anti-corruption war being waged by the  government should not be a tool for political witch-hunt.

Saraki emphasised the need for the anti-corruption campaign to be a collective responsibility of Nigerians to rid the country of impunity and hardship.

The  theme of the conference is: “The Role of the Legislature in the Fight against Corruption in Nigeria”.