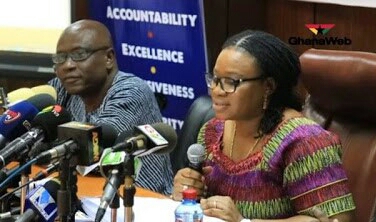 The Electoral Commission of Ghana (EC) has disqualified thirteen presidential candidates from contesting this year’s elections.

She said that the nominees have been excluded from the 2016 race as presidential candidates for violating various aspects of the electoral laws of Ghana.

Osei added that the reasons include fraudulent signatures, absence of required number of signatures, and improper filling of nomination forms.

She added that some of the fraudulent information provided by the nominees would be followed up by the police for possible arrest and prosecution.

Ghana goes to the polls on December 7 to elect a president and 275 Members of Parliament.