I Did Not Reject President Buhari's Offer of Appointment as NERC Chairman - Prof. Akintunde Akinwande 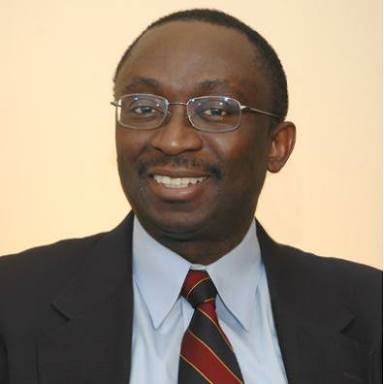 Professor Akintunde Akinwande has dismissed social media reports that he turned down the offer of appointment as Chairman of Nigerian Electricity Regulatory Commission (NERC).

Akinwande was nominated for the Chairmanship of NERC by President Muhammadu Bahuri, but failed to appear before the National Assembly for screening on October 25.

His failure to appear for the screening was wrongly interpreted by a section of the social media.

Prof. Akinwande, in a letter, dated October 26, to the Chairman of the Senate Committee on Power, Steel Development and Metallurgy, Sen. Enyinnaya Abaribe, however, said he would soon honour the invitation for screening by the Senate.

He said he would appear before the Senate after clearing with his current employer, Massachusetts Institute of Technology (MIT), United States.

A statement issued in Abuja on Thursday by Femi Adesina, the Special Adviser on Media and Publicity to President Muhammadu Buhari, confirmed this development.

Adesina said that Akinwande sent the letter acknowledging his readiness to appear for screening at the Senate through the Special Adviser to the President on National Assembly Matters, Sen. Ita Enang.

Akinwande, a professor of Electrical Engineering and Computer Science, said he did not turn down the offer by Buhari.

‘‘News reports in Nigeria that I have rejected President Buhari’s nomination to be Chairman of Nigerian Electricity Regulatory Commission have been brought to my attention.

I have the greatest respect for President Buhari. I am fully behind the change he has brought and is bringing to the way government business is conducted in Nigeria.

I am deeply honored that Mr President and his team thought me worthy for this important national assignment and sought me out for it.

I am a tenured professor of electrical engineering at the Massachusetts Institute of Technology. As such I am contractually constrained to seek formally the consent of the university for a leave of absence before presenting myself to the Senate for screening and if confirmed take on the assignment,’’ Akinwande said.

Akinwande apologised to the Senate Committee for not showing up for the screening process scheduled for October 25, noting that it was not out of disrespect for the institution.