Kanye West calls out Jay Z for not being a Good Friend – No Visit after Kim K’s Robbery? Blue Ivy & North West have never had a Play Date? 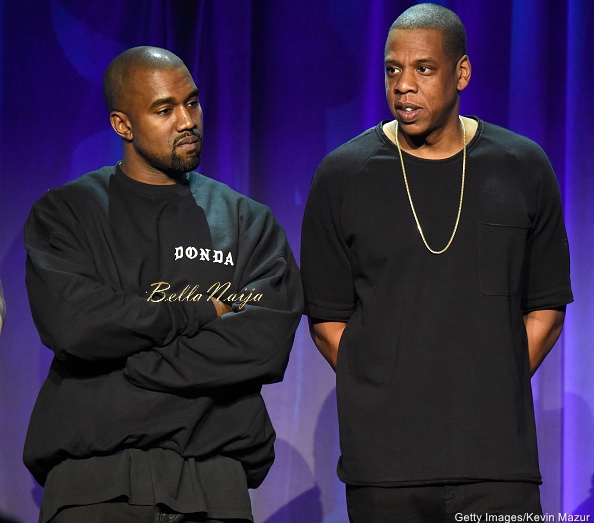 Kanye West’s “The Life Of Pablo” Tour has been an emotional one for a number of reasons from his rants about people jacking his stage ideas to having to stop the tour because of his wife’s robbery attack.

Last night, during his concert in Seattle, he gave an emotional speech on how not-so-great the relationship between him and Jay Z really is. Kanye told concertgoers that his verse was yanked off Apple-backed Drake and Hov’s “Pop Style” track off of Views.

There will never be a Watch the Throne 2. That’s the reason I wasn’t on this song, I wasn’t on the song ’cause of Hov.  Y’all ain’t get what y’all was suppose to get with me and Drake because of some Tidal/Apple [Music] bullsh*t.  This sh*t got me tight, yo! Every time I perform [‘N*ggas in Paris’], I think about this sh*t. I think about the politics and the bullsh*t. I think about how hard I go for music, for art, for y’all, the fans. How hard we go.  It went into some Tidal/Apple political sh*t about percentage on songs.

He then added “I can’t take this sh*t, bro! Our kids have never even played together. Don’t call me, after the robbery, and say ‘How you feelin’?’ You wanna know how I’m feeling? Come by the house.  Bring the kids by the house, like we’re brothers.”

Related Topics:jay-zKanye West
Up Next

Patience Ozokwor stars alongside her Son Uche in their first ever UK Nollywood film “Why Marry?” | See Photos from the London Premiere