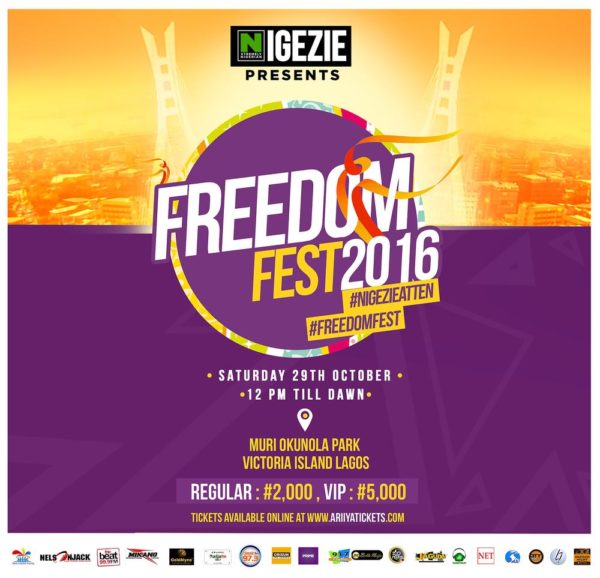 This October, music and lifestyle channel, Nigezie turns ten. That’s ten years of being a springboard for many of today’s top music acts as well as many other talented individuals from within and outside Nigeria.

To celebrate their anniversary Nigezie introduces Freedom Fest 2016, which will be one of the biggest music festival this year, featuring the best from the past and present music generation, cracking comedy, a special fashion show and many more.

On the wheels of steel are DJ Jimmy Jatt, DJ Neptune and DJ Humility.

Comedy performances by AY, Gbenga  Adeyinka The First with a special appearance by the king of comedy Alibaba and a host of others.

Nigezie is ten and they are bringing the heat!

Tickets are available online at www.ariyaticket.com. They are also available at Prince Ebeano Supermarket, SLOT Phone store and Bruno’s place.

This event is supported by One Lagos, Nelson Jack, Beat FM, Naija FM and Classic FM.