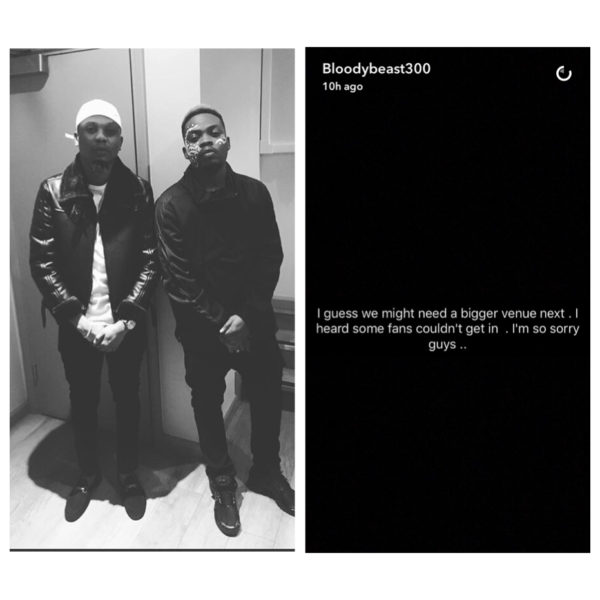 Olamide held his highly anticipated YBNL concert last night in the UK and the venue was expected to hold about 5000 fans. The event was sold out weeks before the day and last night the concert had to shut down early after security officials could not contain the extra crowd.

According to reports, hundred other fans could not get into the venue and made things unruly outside.

Olamide was unable to give his close off performance and the security had no choice but to close the doors refusing an angry couple hundred fans
entry into the concert . Olamide said after the concert that although he was humbled at the record number of fans who came out to see him, he was still
disappointed at the fact that his fans didn’t get to witness the end of the show which he had prepared for months.

He posted on Snapchat: