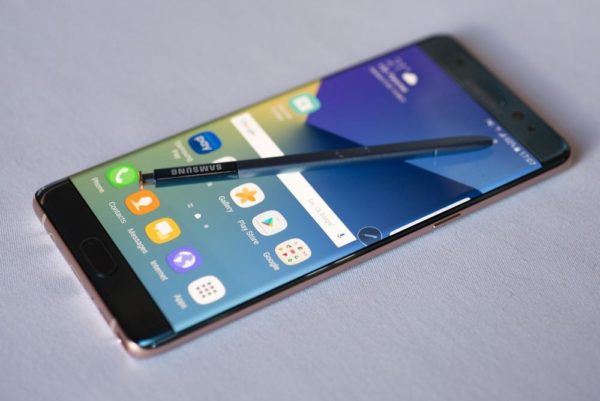 Samsung Electronics Co. Ltd. halted sales of its Galaxy Note 7 smartphones on Tuesday and told owners to stop using them.

The company said in statement in Seoul that it was investigating reports of fires from the phone by consumers.

“Consumers with either an original Galaxy Note 7 or replacement Galaxy Note 7 device should power down and stop using the device,” the company said.

Samsung is now considering permanently halting sales of its flagship smartphones as an option, a source familiar with the matter said.

However, Samsung Spokeswoman said that nothing had been decided about future sales plans.

The world’s top smartphone maker said it had asked all global carriers to stop sales of the Note 7s and the exchange of original devices for replacements.

The company is offering to exchange Note 7 for other products or refund them.

Samsung’s decision to pull Note 7s off the shelves for the second time in less than two months could result in huge financial and reputational costs.

Analysts say a permanent end to Note 7 sales could cost Samsung up to $17 billion and tarnish its other phone products in the minds of consumers and carriers.

Investors wiped $18.8 billion off Samsung Electronics’ market value on Tuesday as its shares closed down eight per cent – their biggest daily percentage decline since 2008.

The premium device launched in August was supposed to compete with Apple Inc’s latest iPhone for supremacy in the smartphone market.

However, within days of the launch, images of charred Note 7s began appearing on social media, in the first sign that something was amiss with the gadget.

Samsung has since recalled 2.5 million Note 7s due to faulty batteries.

“This has probably killed the Note 7 brand name – who knows if they will even be allowed to re-release it,” Edward Snyder, Managing Director of Charter Equity Research, said.

“By the time they fix the problem, they have to go through re-certification and re-qualification, and by the time that happens, they are going up against the (Galaxy) S8 launch.”