1 million poor Nigerians set to get Buhari’s ₦5,000 each 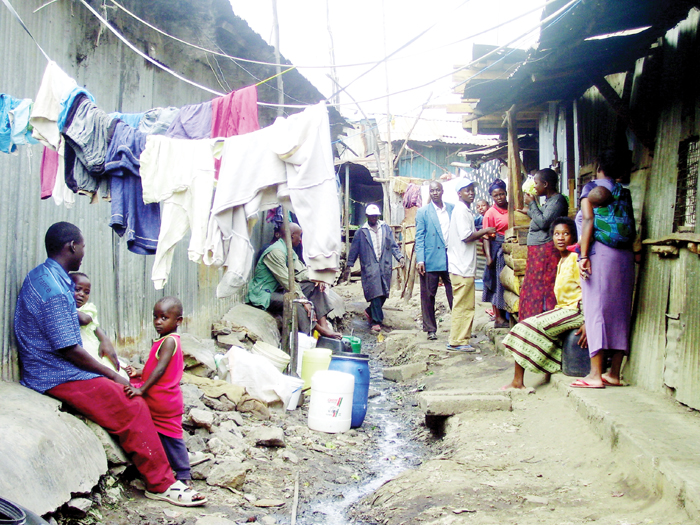 There are no online applications required for the very poor Nigerians for whom the monthly ₦5,000 Conditional Cash Transfer (CCT) of the Buhari Social Investment programmes are designed for.

This clarification was made today by Laolu Akande, the Senior Special Assistant on Media in the Office of the Vice President in a chat with the press.

He was responding to questions arising from what he described as some misleading reports in the media regarding the implementation of the ₦500B Social Investment Programmes of the Buhari administration.

The said media reports are based on a recent debate and resolution on a motion in the Senate, titled “The Need to Avoid the Mismanagement of the ₦500B Social Intervention Funds.”

“While we understand the need for an ongoing public discussion of this unprecedented budgetary allocation in favor of the Nigerian people especially the poorest and the most vulnerable, it is not correct to claim any form of mismanagement or marginalization whatsoever,” he said.

“There has not been any disbursement from the allocated fund not to talk of any kind of mismanagement at all. While it is true that funds are being released for the social investment programmes, it is rather preposterous for now to say there is no evidence where the funds have gone to. As an administration noted for its transparency, we intend to fully keep Nigerians posted of all financial expenditure in line with extant laws of the country.”

The Presidential spokesperson explained that “of the series of social investment programmes we have outlined, only the job creation scheme-N-Power requires an online registration from unemployed graduates and non-graduate youths.”

He noted that the Conditional Cash Transfer, CCT, which would pay N5000 monthly to the most vulnerable and the poorest Nigerians-a total of one million in the first year –“no online registration of any kind is required,” Akande asserted.

Justifying the requirement for online registration for the hiring of 500,000 unemployed graduates, Akande said “it is important to explain, again, for the benefit of clarity, that the requirement for online application for the N-Power job scheme makes absolute sense considering that all together the Federal Government is planning to hire half a million unemployed Nigerian graduates.”

According to him, “we are all witnesses to the calamity that occurred in the past when a manual effort was made to hire large number of Nigerian youths. It led to needless deaths and outright chaos.”

Continuing the spokesperson stated that “asking university graduates, for instance, to apply online is not such a cumbersome or unattainable requirement considering that JAMB, NECO, WAEC applications have all been done online for a while now in this country.”

He said “what online applications do is to afford us as a government an efficient and effective means to process the applications and select the graduates and non-graduate youths for the N-Power job and training programmes.”

On the claim that Borno State is not online and therefore the N-Power process discriminates against people in the state for whom the programmes are designed, Akande said such a claim “simply flies in the face of the fact. Almost 15,000 Nigerians from Borno State applied in the first application series of N-Power schemes online.”

According to him “it is also not tenable to argue that people in Maiduguri for instance which today plays hosts to tonnes of international NGOs cannot apply online or are denied internet access.”

He added that in states like Enugu there were over 20,000 applications online for N-Power, disclosing that states with the lowest numbers like Zamfara and Bayelsa had over 6,000 and 7,000 applications respectively.

Continuing he said “in any case we are aware that in several parts of the country, there are reported instances where local leaders of goodwill ensured that the people-unemployed graduates and youths- who did not readily have access to the internet were adequately taken care of in different ways including creating online registration points and outlets.”

He disclosed that the selection process for the first batch of 200,000 Nigerians to be engaged in the N-Power process has now been completed, and that their official engagement is now awaiting the completion of BVN verification so that they would be paid directly.

Asked how the selection was done, Akande said “Presidency officials collaborated actively with the Ministries of Agriculture & Natural Resources, Health and other government agencies all through the process. There were no foreign consultants involved, nor is one needed.” He further explained that to make up the selection of the first 200,000, there were three criteria thus: 40% selected based on the number of applications per state, a special mark-up for the 6 states of the Northeast and a discretionary addition for states with low numbers of applicants.

Asked to comment on the comparison of the Buhari Social Investment with the failed SURE-P, Akande argued that the Buhari Presidency has made “very diligent and transparent efforts to ensure that the Social Investment Programmes do not repeat the errors of the past, and the attempt therefore to hurriedly compare the programmes with failed efforts of the past, like SURE-P, even at this early stage is simply baseless.”

According to him, the Buhari Presidency conceived the Social Investments Programmes as a means to effectively and efficiently touch the lives of Nigerians, especially the unemployed and the poorest, and “we have designed a full-proof process that will ensure that the goods are delivered. There would not be any middle-men and the payments to be made to the N-Power candidates, the monthly ₦5,000 to the poorest and most vulnerable among others would be paid directly to them.”

He stated that “if and when clarifications are required on the programmes, we would be very much willing to supply them in order to avoid such misleading and unprofitable confusion of issues that has taken place in the media on this matter recently.”