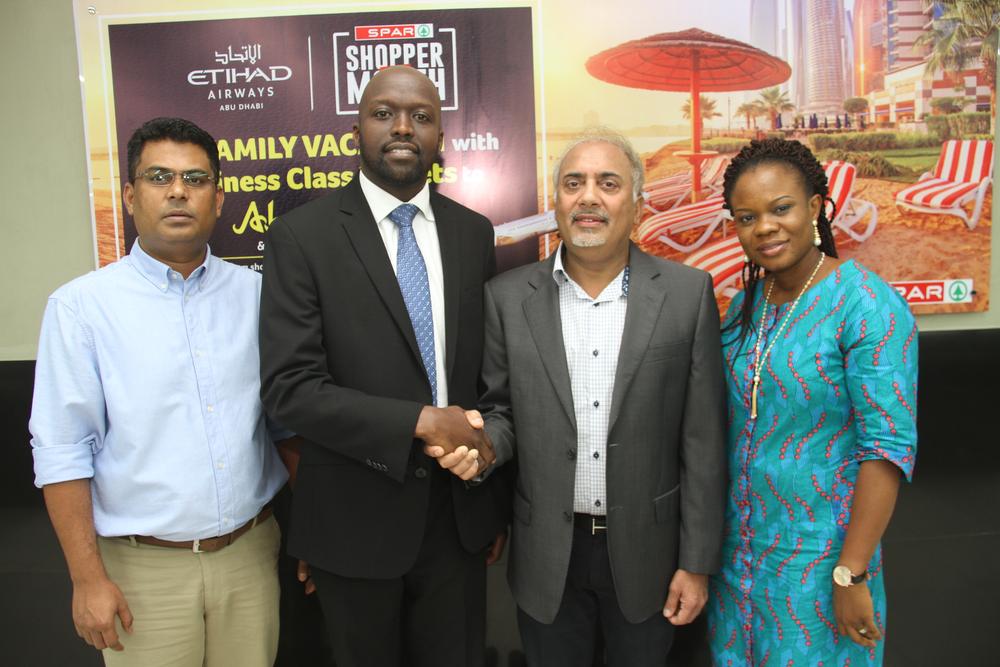 Etihad Airways, the official airline of the United Arab Emirates, has joined with SPAR Nigeria to reward shoppers under its SPAR Reward Card loyalty program. This campaign runs on a monthly basis and will be concluded with a grand finale in December 2016 when the SPAR Shopper of the Year will be announced.

SPAR Reward Card customers who spend N20,000 or more in a month will automatically be entered into a grand finale draw, with the SPAR Shopper of the Year being rewarded with an all-inclusive visit to Abu Dhabi, the UAE’s capital city, including complimentary business class tickets and four-night’s stay at one of the leading partner hotels.

Speaking on the promotion, George Mawadri, Etihad Airways’ General Manager in Nigeria, said; “We are excited to join with leading retail chain SPAR Nigeria on this promotion, which provides Nigerian shoppers the opportunity to enjoy great discounts on tickets and ticket upgrades on Etihad Airways’ flights, when they shop with SPAR.”

John Goldsmith, Head of Marketing, SPAR Nigeria, said: “With this promotion, Etihad Airways has again demonstrated its commitment to the Nigerian community, which is sure to bring a smile to the faces of our loyal shoppers in SPAR stores across the country.

Etihad Airways launched its service between Lagos and Abu Dhabi in July 2012, and currently operates a four-times-per-week service using an Airbus A330-200 aircraft configured to carry 254 guests, 18 in Business Class and 236 in Economy Class. 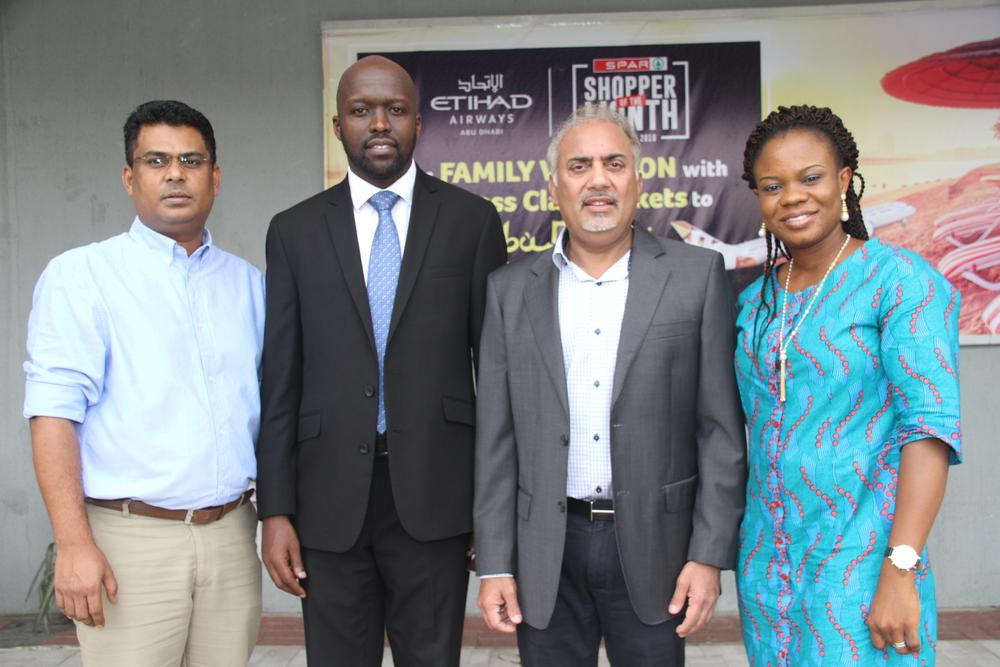 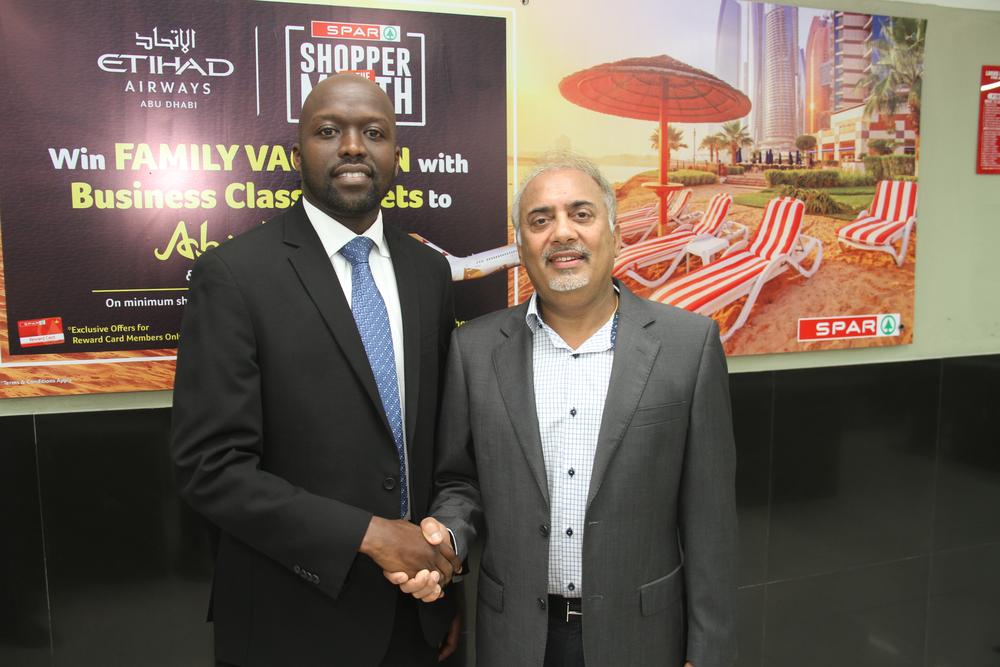 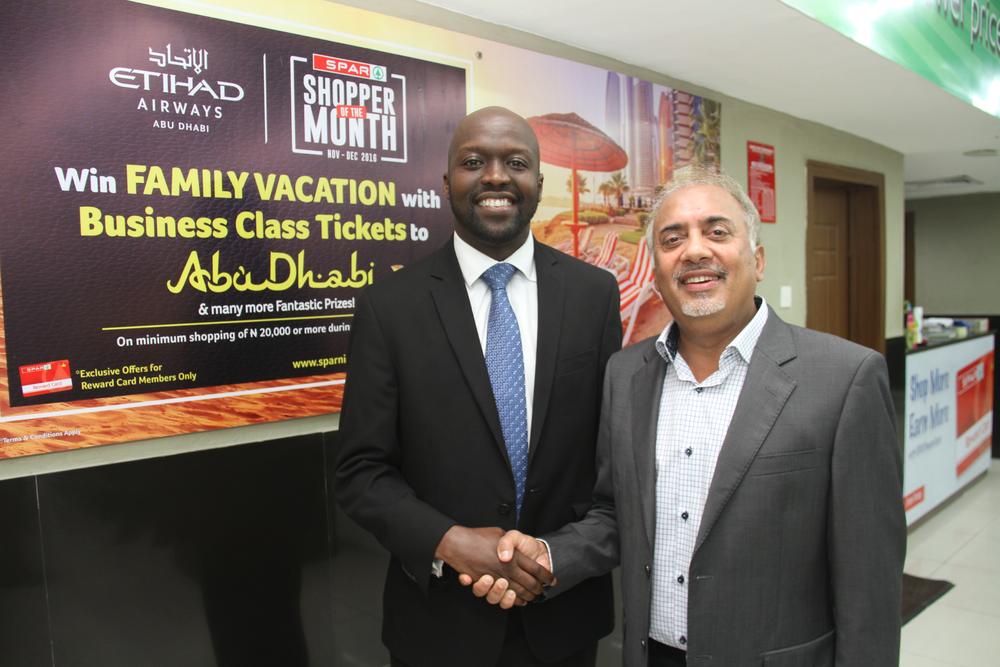 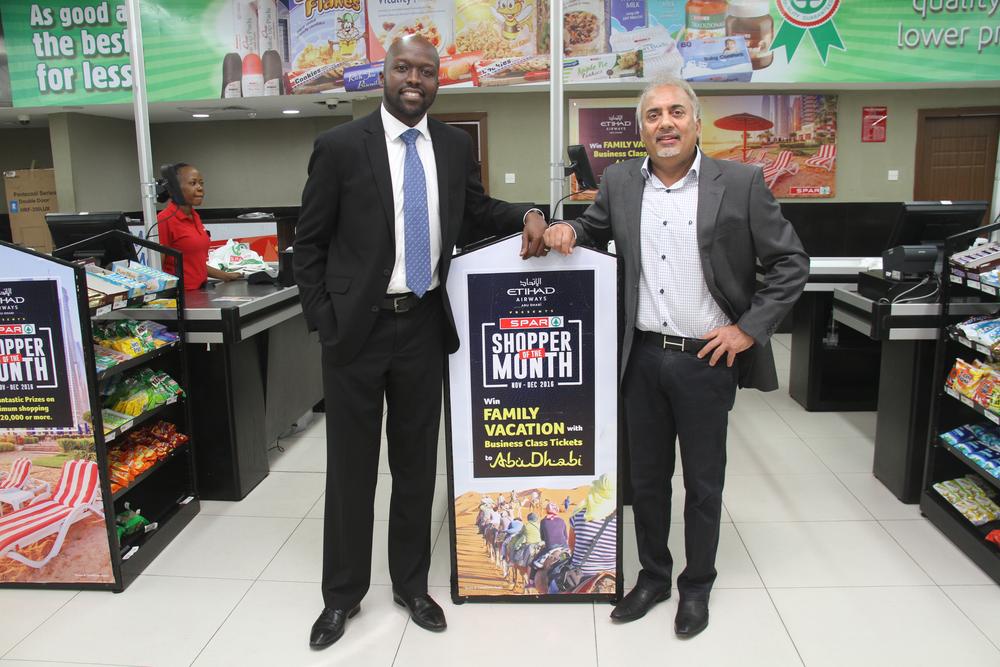 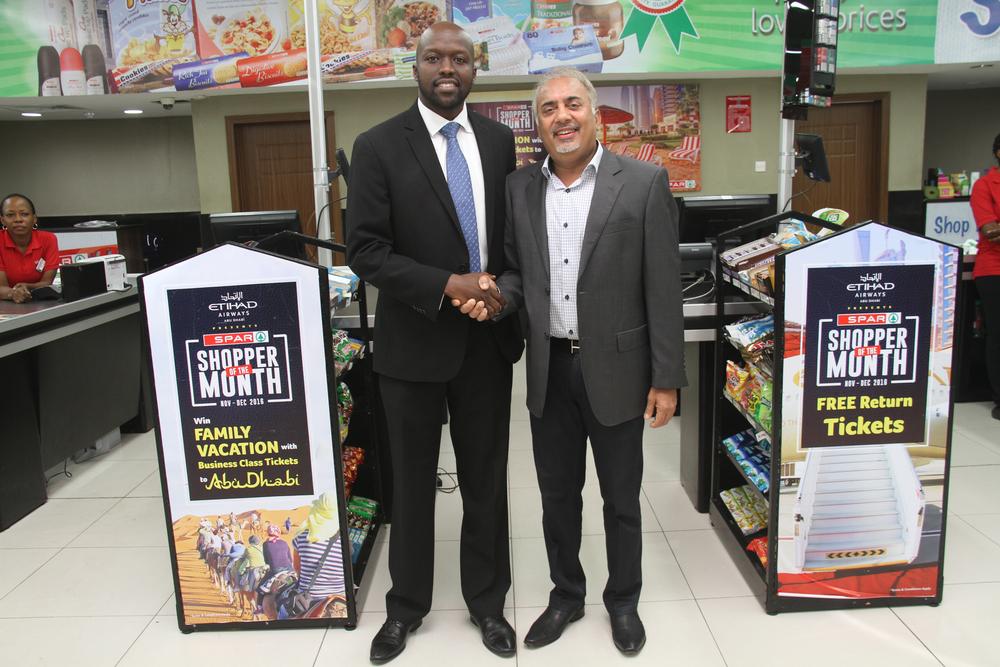