Press Play: Aderonke Adebanjo speaks to the Modern-Day "Hitch" - Matchmaker Paul C. Brunson on 'The Love Chest' | Learn how to attract the person you want & more! 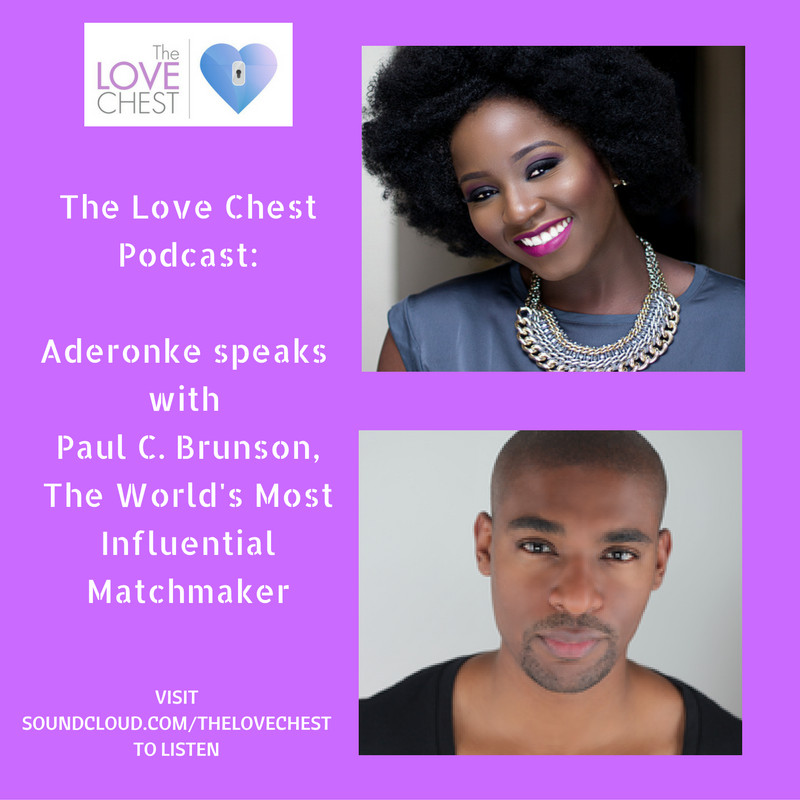 On this episode of The Love Chest podcast, Aderonke Adebanjo speaks with Paul C. Brunson, the world’s most influential matchmaker who has also been described as the modern-day Hitch, played by Will Smith in the movie.

Paul is a mentor, entrepreneur, and T.V. Host. He is also the world’s most influential match-maker, and the author of It’s Complicated (But It Doesn’t Have to Be). He was also the co-host of Love Town U.S.A., a docu-series on the Oprah Winfrey Network (OWN) and Oprah Winfrey said “Paul is more than a matchmaker.” Paul has appeared in over 350 major media outlets around the world.

In this episode, Paul and Aderonke talk about:

Enjoy! And please email [email protected] with your comments. Aderonke says it would be a delight to hear from you.