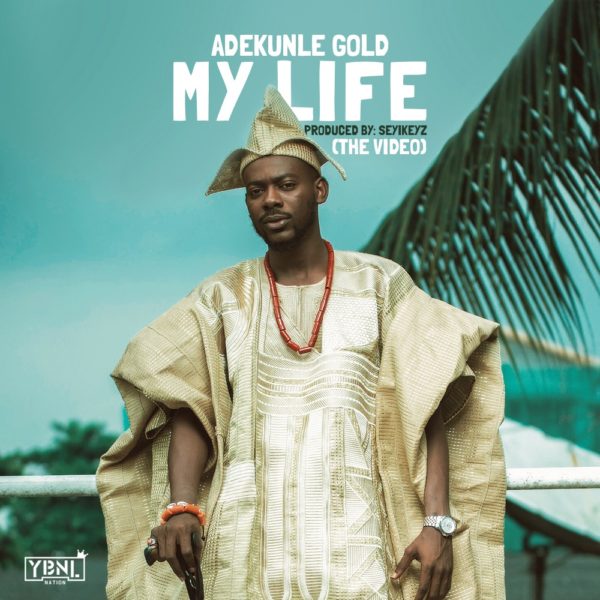 Adekunle Gold who has been out of the country spreading the gospel of Urban Highlife across the US and Europe is back to Nigeria in time for Christmas!

The YBNL toaster takes his fans and music lovers back to his elements with the release of the newest video off his debut album Gold.

My Life which is the second track off the album was produced by SeyiKeys.

Shot in Ikeja, Lagos Nigeria by Aje Film works, the video showcases the beauty of the urban Yoruba lifestyle; complete with the talking drums, party scenes, as well as Adekunle’s agbada and cowry accessories (watch out for the scene in the convertible on the streets of Lagos).

Flaunting his roots proudly, Adekunle Gold sings about accepting his identity and living his life as he pleases.  Little wonder the single is one of the many fan-favourites off the Gold album; the message is motivating!

The singer has had an amazing year and to thank his supportive fans, he has hinted that he would be embarking on a 12-day Christmas giveaway; an avenue to share gifts, love and happiness in the spirit of celebration.

BN TV: “Count your blessings!” Berry Dakara & Her Sister Share Tips on How to Be More Grateful