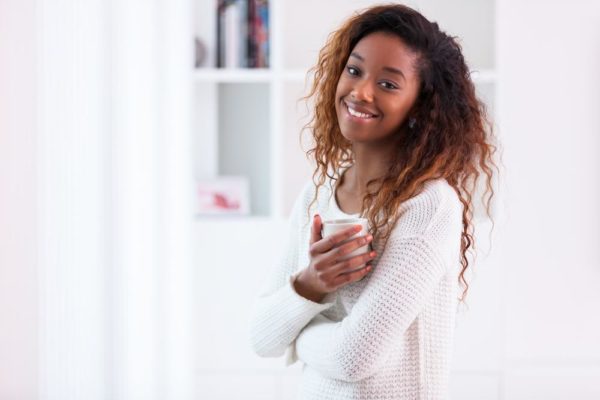 **
It began on a great note – the year 2016. I was starting a new job someplace fun; I was finally moving out of the old, boring town I had lived in almost all my life and which I had come to dread. I didn’t mind that I was going to be moving in with my sister and her family. Living with them was going to be better and more fun than living like an old hermit in my parents’ house. Besides, it was only going to be for a short while till I saved enough money to get my own place or till I got married and moved to my husband’s house, I told myself.

My writing career was finally going to kick off, I was sure. It was all so exciting and I could hardly wait to make the move. I was also starting a serious relationship – something I had only envied others of for years (and I do mean years) even while my mates were getting married and having children. Yes, I am that old! Like every relationship, mine wasn’t perfect and it had its fair share of ups and downs. But we were doing just fine and if all went according to plan, we were going to get married before the end of 2016.

He had made up his mind about me; he wanted me to be his wife and mother of his kids, he said. A stop at Ikoyi registry in our normal work clothes and perhaps (perhaps oh!) a small reception afterwards with just a few intimate friends and family in attendance was what he wanted. But I wanted a real wedding ceremony, it didn’t have to be big, but I couldn’t miss wearing the long flowing white ball gown that I had always imagined wearing or the emotional couple’s first dance to a romantic song that would make me cry and break out in goose bumps as I looked into my husband’s eyes happy that I had finally found the one or taking in the beautiful view of colourful genes and as-ebis at my wedding from my seat beside my husband.

Okay, he conceded, as long as it wasn’t a big ceremony. Of course, yes, we could honeymoon in Dubai if that’s what I wanted, he said. Oh, that was easy! I had only asked, not quite expecting a positive response. I had never been to Dubai. I had never been anywhere outside Nigeria, in fact. I was thrilled! Can we do a pre-wedding photo shoot and have the pictures published on BellaNaija? I asked, still very much excited at the thought of a Dubai honeymoon. Maybe, but wasn’t the marriage itself more important than a pre-wedding shoot? he pointed out. No pre-wedding shoot then; it was my turn to concede.

I settled into my new life, the one with the exciting job and the relationship full of promises. Everything was finally falling into place; my career, my love life and as far as I could tell, my health. 2015 had not been a bad year but nothing spectacular or different or unique had happened. I had just gone through the motions of the year, writing a couple of stories, living a life of boring routine, having no friends, and envying all my Facebook contacts as I spied on pictures of their perfect lives. But 2016 was different, or at least it started out different in a good way. It made me think; this is it! This is the year I’ve been looking forward to!

So, I was unprepared. I was unprepared for my first sack, my first rejection and my first health challenge that I never imagined I could have. I was unprepared for my boss calling me to her office and relieving me of my duties. I was unprepared for the mean, angry and harsh words uttered by the one with whom I had made plans of a lifetime as he broke up with me and left me flat after deciding that he was no longer interested. I was unprepared for the doctor’s report that made me cry. Oh, how unprepared I was for these things I had never experienced!
The year 2016 became my year of firsts, but not in a good way. Everything seemed to be going so horribly wrong! I was suddenly depressed, tired, angry, and sad. I would go days on end without having my bath or mop all day in bed and in my Pjs. It didn’t help that I had very few friends that I could talk to and those I talked to had no idea what I was going through or pretended not to and were no source of comfort. It made me realise how friends stay with you when all seems perfect and fine and desert you as soon as it gets tough.

I admit that for the first time in my life I actually thought of suicide. I looked it up, read about it, imagined it, dreamt about it, pictured it, but when I couldn’t bring myself to it, I prayed to God to allow me die in my sleep. Then I thought of people who prayed to wake in the morning but never did, and I began to thank God for sparing my life, even if it’s been hard. I have decided to weather this storm with the hope that 2017 would be a better year. I tell myself that it’s a phase that will pass with this year. Indeed, I pray it is – just a phase.

Fumbi O: Letter to My Young Self…6 Things I Wish I Did Earlier in Life