Caleb Somtochukwu Okereke: For the Mountains I Cannot Carry 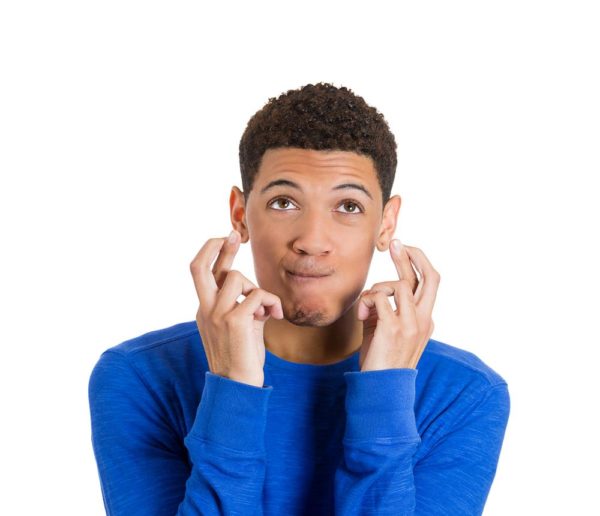 I am writing this on my flight from Lagos to Enugu, earphones plugged in, listening to Hillsong, gawking at the ball of clouds drifting outside my window in the night sky, and wondering if I am like these clouds, equally drifting.
I am writing this and thinking of 2016, the unruffled gentleman that it poised itself to initially be; the restless thug it became, and how I was nonetheless not prepared for either of this.

I had walked into the year tentative, palms clasped over each other, feet shuffling – as unsure as the woman who has been barren for seventeen years and has to visit another prayer session at another miracle centre. Although unlike previous years, I had come into the year armed with the knowledge of the thin boundary between fall through and fall shorts, with the knowledge that it’s fine for either of this to be the case, and that 365 days is too short a time to run my success or failure by.

My mantra this year had been to understand how trivial time is, how inconsequential it is to our total story. There is, however, a forgetting of resolves that tiptoes in unnoticed when life happens. This unwanted visitor becomes a prey, plucking in our heads only the strings of unachieved goals. It does not tell us how much we have done, how much we have achieved, it rather reminds us of how much is left to do.

So, I remember sitting alone in my bedroom a few weeks to my birthday and asking myself “Caleb, what do you want from 2016, what have you achieved in 2016?” I felt like the year had repeatedly zoomed past me, like a train, a couple of trains, and I was like the lone passenger sitting at the train station – who somehow never boards a train with every stop.

My uncertainty became depression, staggering into the chambers of my heart like the abusive husband who has just gotten drunk again, but who knows his wife will always welcome him. My depression, certain it owns a portion of me, knowing it is always welcome.

To say that I have always been comfortable with this truth would be false, to say that I have always been willing to admit that I enjoyed its company, that my depression wasn’t with me only because it could be but because somehow I allowed it to, would be a lie. But help came with the realisation that there was no beating it if there was no acknowledging, for one doesn’t quench a house he doesn’t know is on fire.

Nonetheless, quenching is a process and it takes time. I think the problem with the world is that it prescribes how to stop things, how to cease things, how to make the pain go away – without first realising that there are some things that cannot be stopped. There are some realities that have to be lived through.

My 2016 was a vicious July rain; the first after a long while, sluicing the masses of dry earth, causing people to run for shelter, flipping roofs of homes like half opened pages. It was brutal; but to mask it as that alone would be to murder it, to slowly kill its essence.

There were days I smiled from the deepest parts of my soul. There was love I found in all of its forms. There were stolen kisses interspersed with lengthy conversations, held hands with friends under the moon lit sky, and there was Jesus, the soothing palm that caught me every time.

I have come to the vital conclusion that I am magic and that it is fine to be magic. 2016 was the year of carrying mountains, of helping people cross the busy expressway back and forth forgetting that I too have a destination to arrive at.

So 2017, this is what I want from you . Although, I want you to be fully formed, like the trim male workers from shell, robust, complete all round, bereft of imperfections; although I want you to cuddle me on nights when I am broken, I want you to overturn every bad and make them goods. I want you to pamper me, with the reverence dished out to a child conceived after many years. I want to be important to you.

Nonetheless, I need your brutality. I need you to hold my hands and then let me go because a child never learns to walk until left alone. I need you to fill me with a lot of self-doubt till there is no more hate left to be served – so that the certain kind of love arrived at from the absence of hate can sprout in the deepest way possible, so that I can learn to serve love to myself.

In 2017, because I know that I will always welcome depression, I am choosing to welcome other things. Hopefully it realises that it is no more welcome. Hopefully one day it stops to come, hopefully I never have to feel my hands turn the key in the lock to let it in every time, hopefully someday I get to be strong.

When I complete this, I am lying in my bedroom in Enugu, my friend Roy is lying beside me, swiping at photos he captured with his camera on his phone and asking me to choose which filter works better for each photo and which further explains the essence.

Enugu has been nice to me, and I have not really admitted that. I will think of her when I am home in Lagos and she hurls her troubles my way. I will think of writing to the soundlessness of her nights – save for dog barks and waking up to the velvety pitch of Beyonce’s voice in a track from Lemonade.

So thank you 2016, if not for nothing, for the lessons I learned; for the better version of myself I became, for the mountains I learned to climb instead and for all the love I found.

Ngozi Adebiyi’s Business Nuggets: Delay is Dangerous In a Quest for Leadership Growth

#BN2016Epilogues: It All Ended Well Because Blessings Did Not Give Up