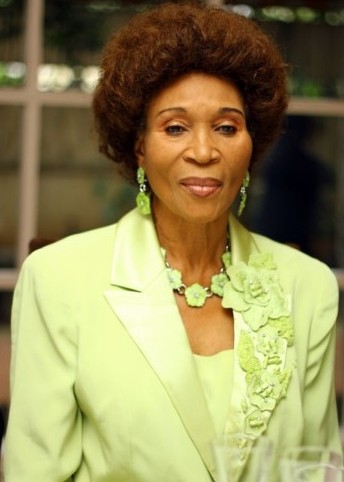 A former Minister of Commerce and Industry, Dr. Bola Kuforiji-Olubi has died, aged 80.

Kuforiji-Olubi, who was born September 28, 1936, died on Saturday, December 3, 2016 two months after she clocked 80, a statement by the Ogun state government disclosed.

“Yes we will miss her, but we still have to thank God for the impactful and successful life she lived,” Governor Ibikunle Amosun said in the statement signed by his Senior Special Assistant (Media), Adejuwon Soyinka.

He added that the late Kuforiji-Olubi was not only a successful technocrat, “she also impacted and motivated generations of Nigerians, especially women, through her industry and success as a technocrat and an administrator.”

While commiserating with the Kuforiji-Olubi family, the people of Ogun State and indeed all Nigerians over the loss of Kuforiji-Olubi, Governor Amosun said, “for us in Ogun State, she was an icon. She was one of those international icons that made us proud.”

He added that, “her enviable track record includes being the first woman in Sub Saharan Africa to serve as Chairman of a leading financial institution, United Bank for Africa (UBA); the first Chairman of Ogun-Osun River Basin Development Authority and Vice Chairman, National Conference on Nigerian foreign policy among others. We will particularly miss her words of wisdom at this critical stage in the development of our dear state,” Governor Amosun said.

She was also the first female president of the Institute of Chartered Accountants of Nigeria (ICAN). She graduated from the University of London in 1963.

Related Topics:Dr. Bola Kuforiji-Olubi
Up Next