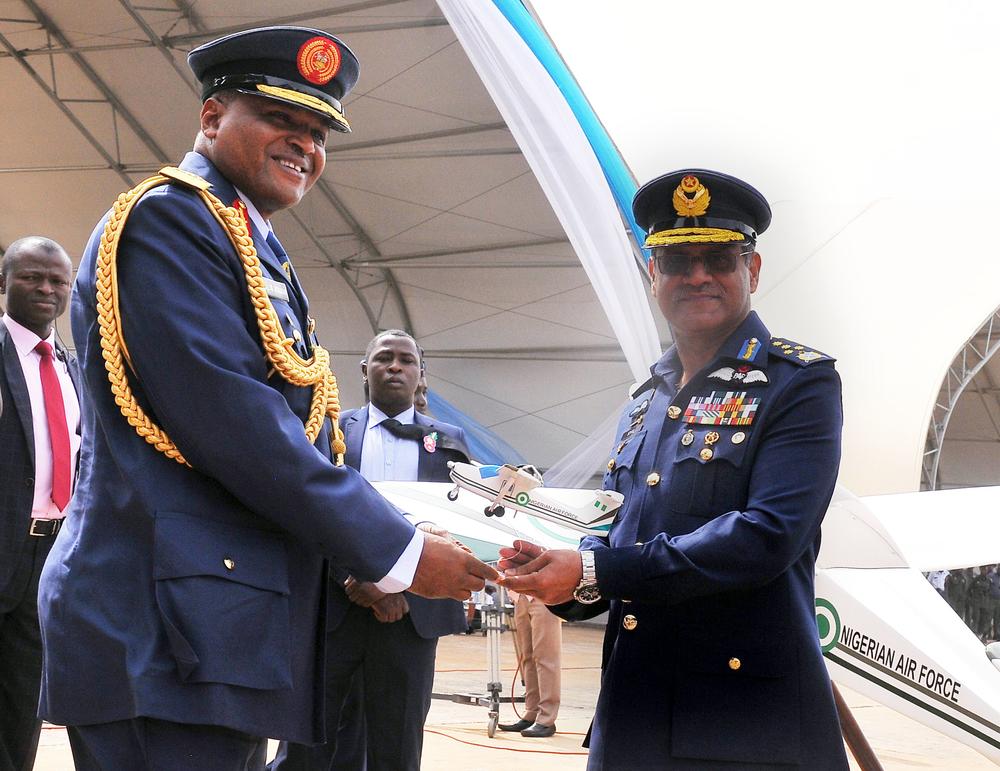 Chief of Air Staff of the Pakistani Air Force, Air Chief Marshal Sohail Aman (R) handing over documents on the Super Mushshak Aircraft from his Force to the Chief of Air Staff of Nigeria, Air Marshal Sadique Abubakar, at the ceremony in Kaduna on Monday (5/12/16).
8876/5/12/2016/Suleiman Shuaibu/BJO/NAN

Nigeria on Monday inducted a training aircraft obtained from Pakistan to boost the professional capacity of its Air Force personnel as the country tackled insurgency and militancy.

Nigeria’s Chief of Air Staff, Air Marshal Sadique Abubakar, said at the inauguration of the Super Mushshak aircraft in Kaduna that the induction of the aircraft would boost the training capacity of the service.

The aircraft was officially inaugurated by Minister of Defence, Mansur Danali, represented by the Permanent Secretary of the ministry, Amb. Danjuma Shani.

Abubakar said that the aircraft would impact positively on pilots training, adding that 35 student pilots of the Nigerian Defence Academy (NDA) would immediately commence flying training on the aircraft.

“The NAF has made tremendous progress in platform renovation, training and welfare of personnel. In the area of platform reactivation, the NAF has restored 15 airplanes and helicopters to flying status in the last 17 months. Efforts are also at advanced stage to reactivate four additional airplanes that will very soon be serviceable and deployed for operations.

Similarly, the government has approved the procurement/induction of four gunships, four medium airlift/utility helicopters, three light attack aircraft and 10 primary trainers, part of which we are inducting today.

By the end of the first quarter of 2017, the NAF would have 21 additional new platforms in its inventory,” he said.

Abubakar added that in the area of training, the air force had raised its annual recruit intake from 1000 to 4000. 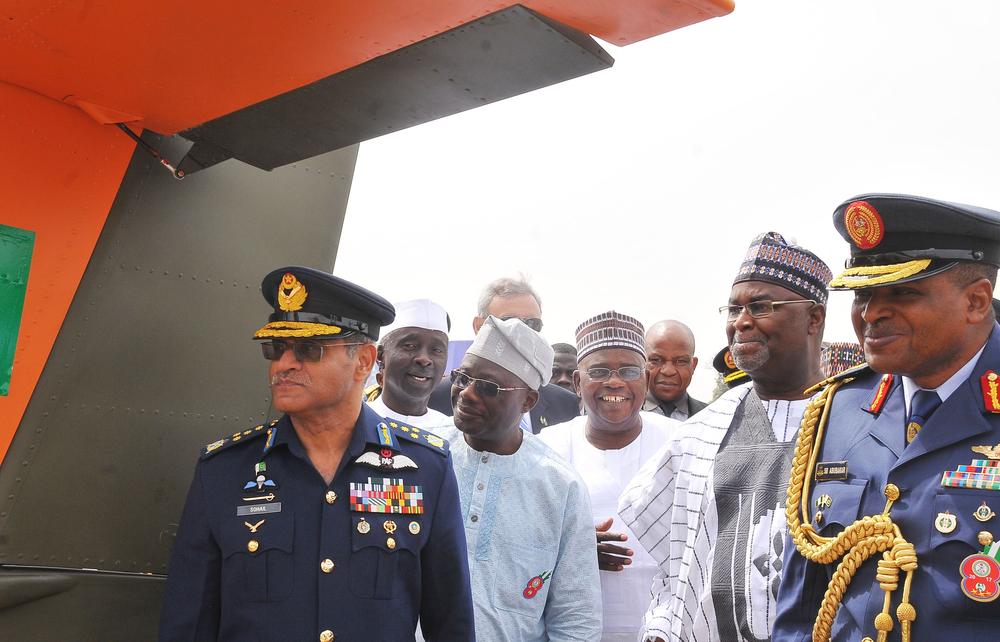 “For pilot training, the NAF has trained a total of 48 pilots from July 2015 till date while 62 student pilots are undergoing various forms of pilot training both locally and abroad. By the first quarter of 2017, NAF would have additional 56 pilots to boost its operational manpower requirement,” he said.

The chief of air staff He commended the “blossoming relationship with the Pakistani Air Force” in Nigeria’s quest for self sufficiency in training, research and development.

Air Chief Marshal Sohail Aman, Pakistan Chief of Air Staff, said the collaboration was to strengthen existing cordial relations between Nigeria and his country. He commended Nigeria for its relentless efforts at eliminating terrorism, adding, “I am confident that together we can befittingly respond to these challenges.

“The convergence of our perceptions on different global issues ensures tremendous scope for our two nations for greater understanding and closer collaboration,” Aman said.