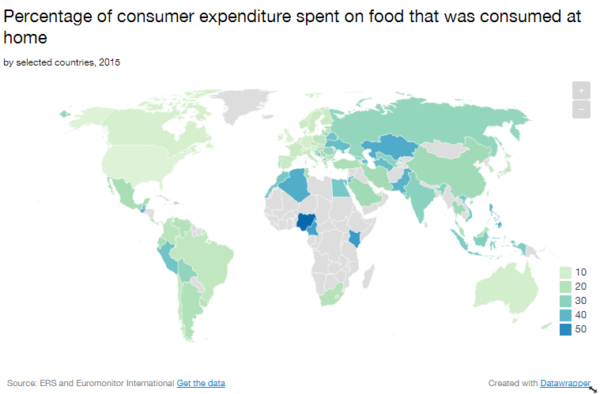 Latest figures by the U.S. Department of Agriculture (USDA) has revealed that Nigerians spends 56.4% of their household income on food – the highest in the world.

A look at the report also revealed that from a general point of view, the more developed a country is, the smaller the percentage of household income it spends on food.

Countries that spend the least

There are only eight countries in the world that spend less than 10% of their household income on food. Four of these are in Europe: the UK is third at 8.2%, followed by Switzerland at 8.7%; Ireland spends 9.6% and Austria 9.9%.

The remaining four countries are spread across the globe. The US spends the least at 6.4%, Singapore spends the second lowest amount at 6.7%. Canada spends 9.1% on food, while Australia spends 9.8%. 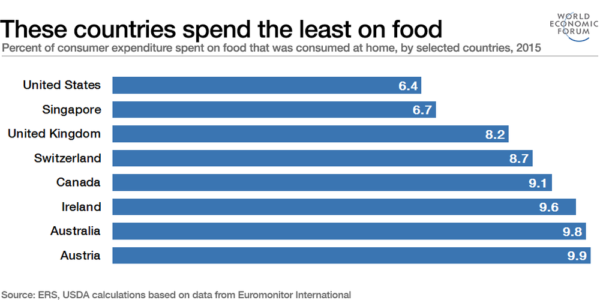 Countries that spend the most

Nigeria spends over half of household income on food, and there are nine other countries that spend over 40% on food. 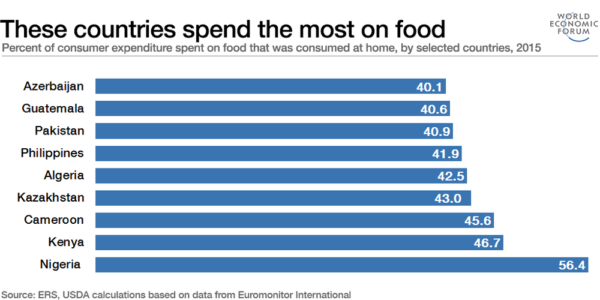 “The figures do not mean that food is more expensive in Nigeria than in the US. In fact, quite the reverse. The average American spends $2,392 per year on food, the average Nigerian half that: $1,132. The average Kenyan spends just $543 a year on food.

However, there can be wide disparities within a country.

Related Topics:NigeriaU.S. State Department of Agriculture (USDA)
Up Next

The Village Pot Presents…Alejo Project!: “Dating in Lagos Has Been Hard” – Brice Nkengsa