This Testimony from Winners Chapel Sparks Outrage on Twitter NG

The celebration night of the 2016 Shiloh, an annual programme of Living Faith church Worldwide a.k.a Winners Chapel took place last night, and as is the custom, testimonies were shared.

The theme of this year’s edition is “My Case is Different”.

As the testimonies were being posted on the Church’s Twitter account, one of them caught the attention of Twitter users, some of who found it to be “misogynistic, debasing, and discriminatory.” 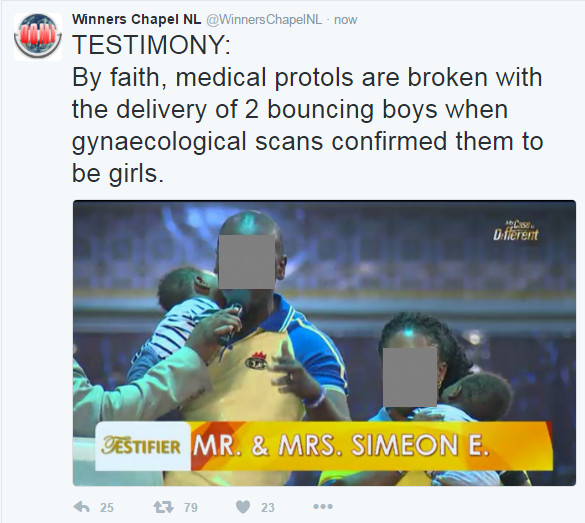 Apart from those who condemned the Tweet, others also advised that the Tweet be taken down, saying it is an “insult on God”; another group said that the testimony is the change in gender, and would still be celebrated even if it was the other way round.

Here are the replies: 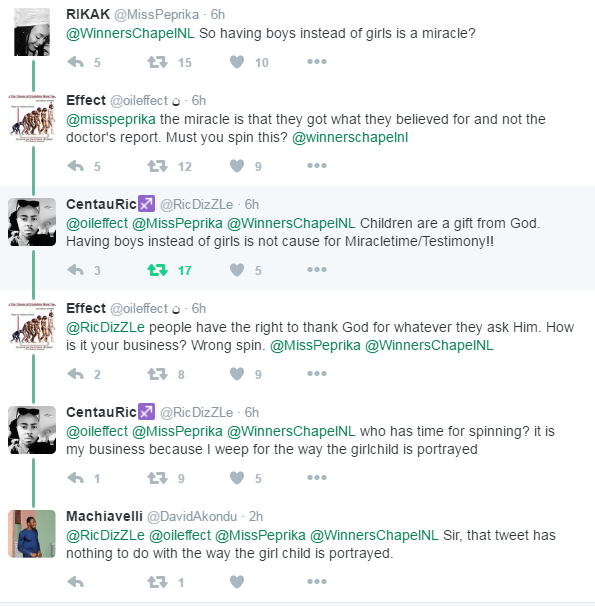 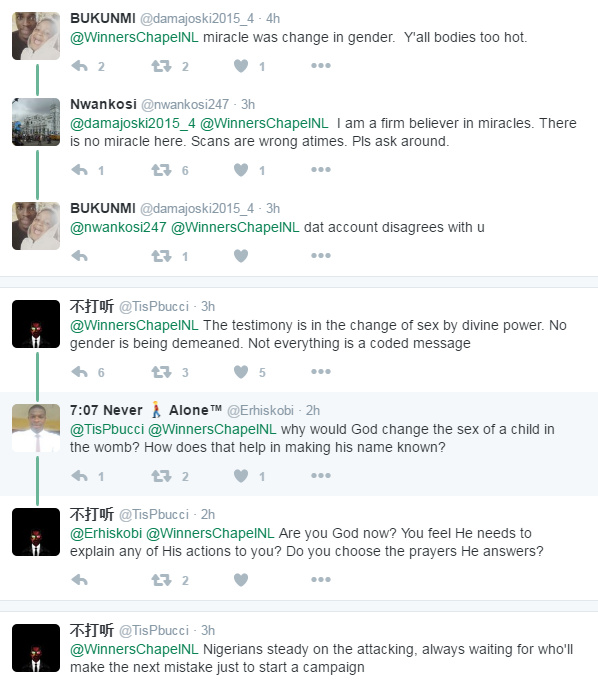 The passage read: “And whatever you ask for in prayer, believing, you will receive.” (Amplified Bible).