Akpo Uyeh: The Hype of Titles When Your Roadside Technician Becomes an 'Engineer' 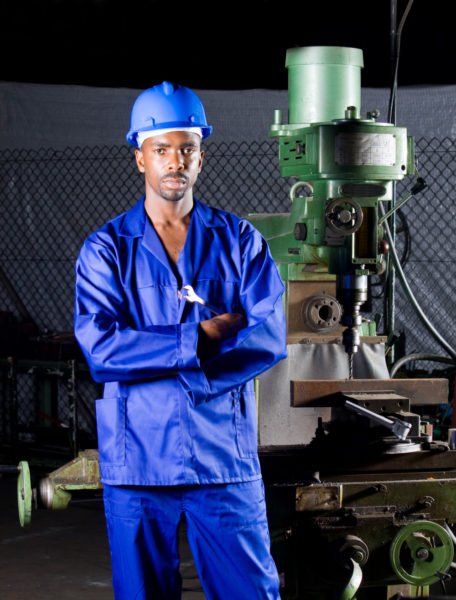 What happened? I  did a hard reset-check! The battery was also full, check! So why won’t it come up? My phone started acting up. What was going on? I thought to myself. After doing hard reset and performing all the magic  I could, to no avail, I gave up. The skoin skoin had let loose. I had grown so attached to my phone, that I resorted to taking it for repairs immediately. I did not want to fall prey to quack phone repairer, so I went to the one that had been tested and trusted.Thankfully, his shop was just a stone’s throw from where I stay.

Before getting there, I had already developed strategy on what to do – I would not leave my phone with the phone repairer. I would also watch him closely, so that he does not change some vital parts of the phone; lastly I would not spend over specified amount I deemed was worth the repairs.

The phone repairer was a young chap. He had other businesses that he managing – a barbing saloon and a shop for phone accessories. Trust Nigerians, we rarely depend on one source of income. Well, I had gone there judging from previous jobs he had done…and referrals too.

I noticed he was acting pompous this time around. He was acting too busy and showed little interest in what I was saying. However, it all changed when I started addressing him as engineer – as other fellow customers did. His face lit up when he was referred to as engineer.
The effect of the title was amazing. It must have been melody to his ears. The once hostile phone repairer started to pay attention to my issue and started proffering solutions. Even when it came to issue of payment, I wasted no time in using the magic formula, so that he did not over charge me. Calling him an engineer seemed to loosen the  tense atmosphere.

Why do we love titles? The issue of titles is not peculiar to the man depicted above. I think It is a Nigerian thing. We kinda like to acquire certificates and accolades. It is not a bad thing, though. It demands respect and followership. Being addressed as a Doctor, Professor,Engineer, CEO, Director, Managing Director or Barrister is prestigious. One would not blame such people, after all they went through the process; and the process is not that easy to pass through – in an economy where there are many hindrances like strikes, uncooperative lecturers, in conducive work environment, difficult colleagues, outdated materials, village forces (that is another talk for another day) and the likes.

The other day, while engaging with colleagues and boss in the workplace, the conversation was on Nigerian culture of attaching titles to name. Personally, I found it hard to call my boss by his first name – which he strongly insists upon. I would rather prefer to  add the prefix of Oga or Mister, but this did not go down well with him.

It appeared like a big issue that he  gave instances of how in his former workplace they addressed the boss by his name even though he was older, more experienced, well schooled and wealthy. It was observed that abroad, they address themselves but young and old especially at the workplace by their names and it is not taken as disrespect. In Nigeria, the reverse is the case, you don’t want to sound disrespectful, so it better to give honour to whom honour is due.

In the academic world,people should know the difference between a doctor and professor. Mistaking the two can  cause problems. I recall almost making the mistake of writing Associate Professor instead of Professor with my supervisor’s name on my thesis. Unaware that my supervisor was recently honoured with professorship, I went ahead to submit my project. It was timely interventions of colleagues that saved the day. It would have been a serious offence and disrespect on the part of my supervisor. Thankfully, I made the corrections and in no time submitted the project, waiting for the next phase.

The governor must be addressed as the His Excellency as well as the president.The ministers must be called honourables.The traditional leader must be referred to as his royal highness.The minister of God must be regarded as Reverend or pastor or Father-in-the-Lord. The activist is called a comrade by his followers.

The good thing about titles is that it shows respect and regard; but I think it draws a line between the common man and the elite, the proletariat and the bourgeois, the masses and those in authority, the ordinary and the extra ordinary. When the addressee sees it as a form of ego booster and acts with pride, then it becomes an issue.

These days every Tom, Dick and Harry can give himself/herself titles when it tickles their fancy – even if it is unmerited. The phone repairer, the road side mechanic, the electrician…are all engineers – even if they did not see the four walls of the university.

Onyinyechi Nwanna-Iwuoha: My Daughter, You Talk Too Much…