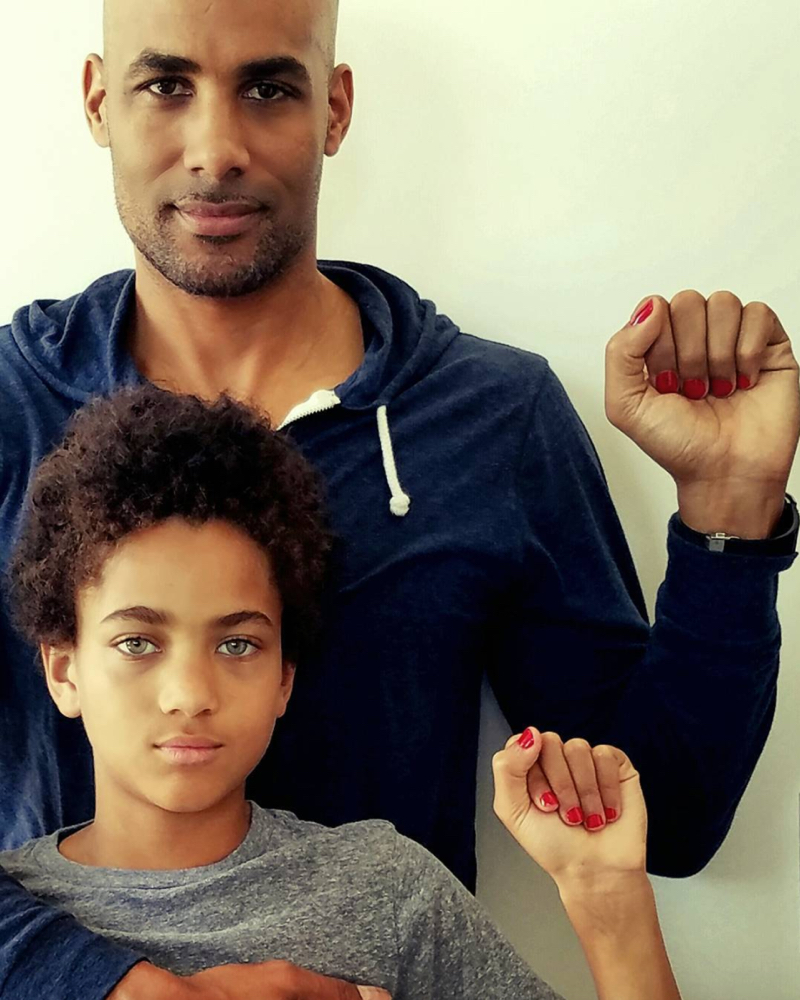 US-based Ghanaian-German actor Boris Kodjoe took to his Instagram page to show support for feminism and the women’s march that held on Saturday.

Him and his son Nicolas Neruda Kodjoe wore red nail polish on their left fingernails and made a fist in solidarity with the women’s rights movement.

To all the fathers out there.

Today we have an opportunity to teach our sons how to be real men. To be the solution rather than part of the problem. To love, respect, and support those who gave life to us, nurtured and raised us.

Today is an opportunity to teach our sons that being a feminist fortifies and confirms your identity as a man and your integrity as a human being.