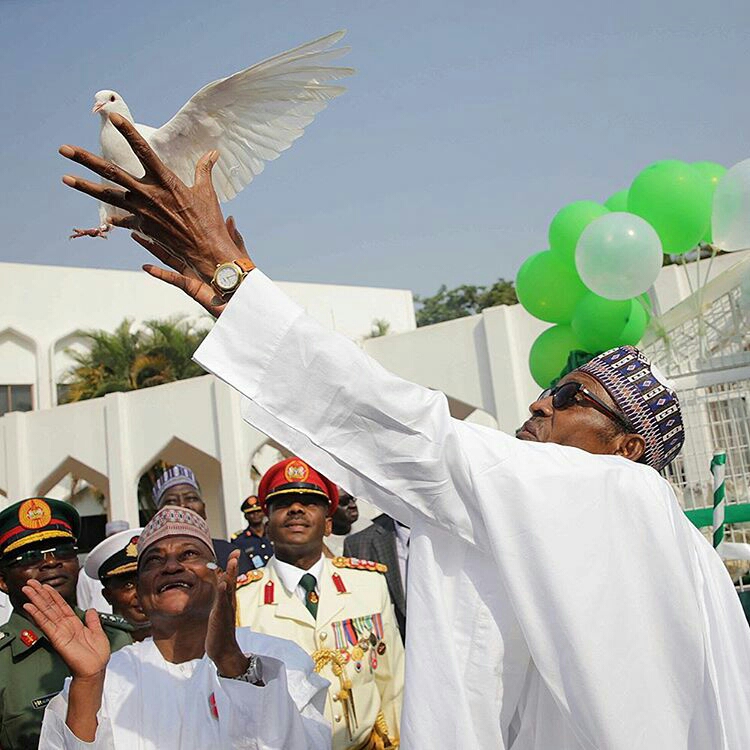 The Federal Government has announced that it has started payment of N5,000 monthly stipend to one million of the poorest and most vulnerable in the country through the Conditional Cash Transfer (CCT) of its Social Investment Programmes (SIP).

This was disclosed in a statement by the Senior Special Assistant (Media and Publicity), to Vice President Yemi Osinbajo, Laolu Akande on Monday

Akande disclosed that under the CCT, one million Nigerians would receive N5000 monthly payments as a form of social safety net for the poorest and most vulnerable as budgeted for in the 2016 Budget.

“In the first batch that commenced last week, nine states would be covered, and many of the beneficiaries have already reported that they have received their first payments on Friday last week, December 30, 2016,” the statement said.

Akande also said that N-Power beneficiaries are already receiving the N30,000 monthly stipend, adding that the Micro-Credit Scheme of the SIP aimed at giving soft loans (N10,000 – N100,000) to about N1.2m artisans, traders and market women is also being implemented.

He also said that the National Homegrown School Feeding  Programme has begun in 3 states.

Funds for the commencement of the payments in four states were released last week to the Nigeria Inter-Bank Settlement System (NIBSS) – the platform that hosts and validates payments for all government’s social intervention programmes. Funds for another set of five states to complete the first batch of nine states would follow soon.

Though the sequence for the payment of the money would be operationally managed by NIBSS, beneficiaries in Borno, Kwara and Bauchi States have started receiving the money. The other states in the first batch to commence the CCT payments are Cross Rivers, Niger, Kogi, Oyo, Ogun & Ekiti States.

The nine pilot states were chosen because they have an existing Social Register that successfully identified the most vulnerable and poorest Nigerians through a tried and tested community based targeting (CBT) method working with the World Bank. However other states have already begun developing their Social Registers and would be included in subsequent phases of the CCT implementation.

Beneficiaries of the Conditional Cash Transfer of the Federal Government would be mined from the Social Register, initially developed by 8 States through a direct engagement with the World Bank. Those states are featured in the first batch, with the added inclusion of Borno States where a validated list of IDPS were compiled in addition to the Social Register which is expected to go round the country.

Working with the World Bank, the CBT process has now been adopted for developing the Social Register in the other States around the country, for transparency, objectivity and credibility in the selection of the poorest and most vulnerable beneficiaries for the programme.

The Federal Government will actually commence community mobilization for the creation of the Register in more States soon, to expand the scope and reach of the CCT across the country.

Meanwhile, Plateau, Jigawa, Adamawa, Anambra, Benue, Enugu, Katsina & Taraba  States have so far complied with the stipulated framework provided, and are set for the community based targeting method for the development of their Social Register within their jurisdictions.

These States are to be followed by Delta, Gombe, Kaduna, Kano, Imo and Ogun States. Once the community mobilization, identification and selection processes are completed, the information garnered from the poorest households would be entered onto the Social Register in the states and the National Register at NIBSS, after which the cash transfers would be disbursed to the beneficiaries.

All the funds approved for the Federal Government’s Social Investment Programmes, SIP, are domiciled with the Ministry of Budget and National Planning. In addition, the payment information and processes for all beneficiaries of the Federal Government’s SIP are hosted at NIBSS, as the Consolidated Beneficiary Register, to ensure and fortify efforts at authentication and verification, as well as for effective and efficient programme management.

With the commencement of the CCT, the Buhari administration is now implementing four of the Federal Government’s SIP.

Besides the CCT, the N-Power Volunteer Corps designed to hire half a million unemployed graduates which has now engaged 200,000, and the National Homegrown School Feeding  Programme now running in three states, the Buhari administration has also kicked-off the Government Enterprise and Empowerment Programme, (GEEP).

Under GEEP, soft loans ranging from N10,000 to 100,000 have been designed for artisans, traders, market women among others.

Already, thousands of cooperatives, market women associations, farmers and enterprising youths, have been identified and registered for the purpose, on an ongoing basis, and the disbursement of the soft loans through the Bank of Industry have started since Nov 25, 2016.

However, disbursements were halted and deferred until after the festive season. Vetting and approval of beneficiaries are now being continued through the month, with the expectation and plan that by month-end disbursements would have been made to 33,000 beneficiaries.

Regarding the 200,000 beneficiaries of the N-Power programme, close to 50% of the graduates, have now been physically verified, and started receiving their monthly stipends of N30,000 last week. A second batch of 300,000 unemployed graduates are expected to be selected early this year to make up the half a million target set by the Buhari administration.

Government has also started the implementation of the National Home-grown School Feeding programme designed to feed 5.5 million school children for 200 school days in the first phase of the programme. Although the initial design was to feed pupils in 18 States, funding challenges had affected an earlier take-off. But the programme has now commenced in Osun, Kaduna and Anambra States. More states are expected to join this new year.

In the new year, it is the plan of the Federal Government to scale up the implementation of the SIP to touch the lives of millions of Nigerians in fulfillment of it’s promises and in furtherance of its Change agenda.

Awesome! Twitter NG Grants Man His Wish Days After He Made the Request