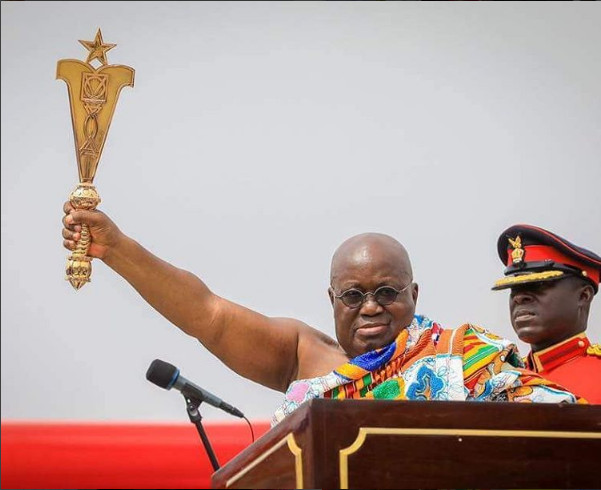 Nana Akufo-Addo was inaugurated as president of Ghana yesterday.

It has however, been revealed that while addressing the gathering at the Independence Square, Akufo-Addo used the same words from a 1993 Bill Clinton inaugural speech, and a 2001 George Bush inaugural speech.

“I ask you to be citizens: citizens, not spectators; citizens, not subjects; responsible citizens building your communities and our nation. Let us work until the work is done,” Akufo-Addo said.

The words above were also contained in George Bush’s 2001 inaugural speech – verbatim.

The president also said; “Though our challenges are fearsome, so are our strengths. Ghanaians have ever been a restless, questing, hopeful people. And we must bring to our task today, the vision and will of those who came before us”

Further checks revealed that these were the same words from Bill Clinton’s 1993 inaugural speech.

WATCH the videos below:

Newly inaugurated Ghanaian President’s speech borrows from US Presidents Bush and Clinton. The speechwriter should have done better. He/she didn’t utilise this golden opportunity well. At all…

Nigerians Declare Expectations from the Buhari Administration in 2017 | WATCH