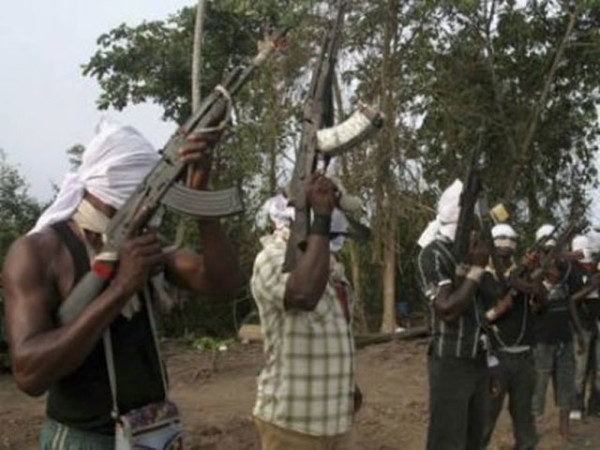 According to reports, two other students who had enrolled for Unified Tertiary Matriculation Examination (UTME) coaching were also kidnapped.

A statement issued on Saturday by the school’s spokesman Cemal Yigit read:

We wish to notify the general public of the unfortunate incident that occurred on January 13, 2017, at the premises of the Nigerian Tulip International Colleges (NTIC) Ogun state,” he said.

At about 9.30pm local time, a group of people armed with dangerous weapons gained entrance to the girls’ section through different means and held hostage three female supervisors, a female cook, a female teacher (Turkish) and three students.

The school security noticed some movement on the CCTV camera at the girls’ section and promptly deployed security personnel and alerted the relevant security agencies in the area as customary.  Upon hearing the security alarm activated and sighting our security personnel, the armed invaders opened fire on the security staff and managed to escape through a very dangerous route with the hostages.

The security agencies are currently on their trail as the whole area has been cordoned off.

Yigit  also said that resources have been been deployed “to ensure that our teachers and students return unhurt by God’s grace.”

PUNCH reports that on Saturday, parents were seen entering the school in a continuous stream of vehicles and leading their wards, carrying suitcases, into waiting cars.

They also asked that the school be shut down for a week.

While the kidnappers had not yet contacted the parents or school, PUNCH reports that the Inspector General of Police, Ibrahim Idris has deployed the IG Intelligence Response Team, led by an ACP, Abba Kyari, in creeks around Ogun and Lagos states to rescue the victims.

A police source said that the kidnappers may be members of the gang who abducted three pupils of Babington Macaulay Junior Seminary in Ikorodu on March 1, 2016.

“We are doing everything possible to ensure the safe return of the pupils and the school’s employees who were kidnapped on Friday night. The Federal Special Anti-Robbery Squad, the Anti-Kidnapping Squad and other security agencies had been deployed,” Ogun State Police Spokesperson, Abimbola Oyeyemi said.

A Survivor & Inspiration! You Should Read Our Conversation with 21-Year-Old Favour Nelson