“I intended passing a message that most men can't control their sexual urge so in order not to get raped, don't visit a guy u can't sleep with” - Comedian Baba de Baba attempts an Apology 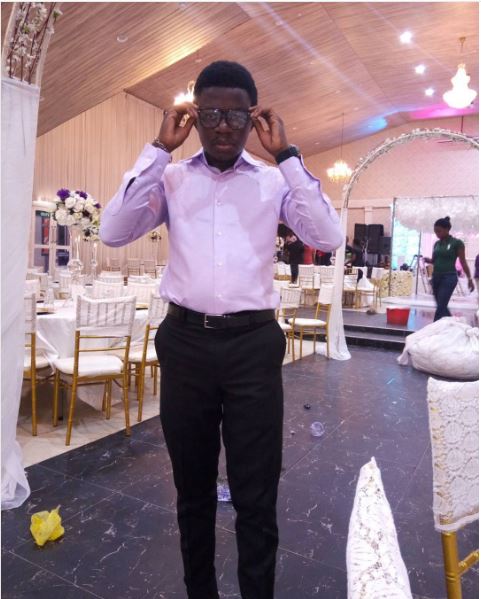 Comedian Baba de Baba has made an attempt to apologize about his “Rape Nonsense” skit following the backlash he received online but it is a rather poor attempt at an apology.

In his “apology”, he also tries to explain the reason for his skit saying that he was trying to pass a moral message across – which is that no woman should go and sleep in a man’s house for over a week when he is not her pastor or blood relative.

He also says that he can now understand why there are wayward children everywhere from the reaction to his skit.

See his rather piss poor attempt at an apology below.

APOLOGY FOR “RAPE NONSENSE”
I want to personally apologize to those who find my “Rape Nonsense” video offensive.
I didn’t mean to project RAPE but the MORAL aspect of the video but it’s unfortunate that nobody cares about morals any more.
The video is about a girl who visited a guy who is not a pastor nor her blood relative and she stayed in his house for a week spending his money and sleeping in the same bed with him, denied him sex and he raped her.
I intended passing a passage that most men can’t control their sexual urge so in order not to get raped, don’t visit a guy u can’t sleep with. instead of Nigerians to see the MORAL LESSON, what they saw was RAPE because RAPE IS SENSITIVE. so we can’t say our mind again.. na wa o.
With the reactions from the video, I can now understand why we have wayward children everywhere.. most times I go to club and I see a 16yr old girl smoking weed with tattoos all over her body and she still stays under the same roof with her parents without being beaten. I stay alone but I can never try having a tattoo because my father will kill me. as old as I am with my exposure , I don’t smoke nor drink just because my father will not be happy with me if he finds out.. u can confirm from any comedian.
It took me this long to apologize because some women organisations saw the skit and instead of them officially writing a letter(inbox), they were busy twitting and insulting me on my wall and I said to myself “if this is really an organisation, they should be organized enough to inbox me”. None of them even followed me on instagram. they were just coming to insult and go so I know that they may not see this apology because they are not following me and I will not tag them.
I removed the video not because of the NGOs who went about insulting me but for those good people who took it upon themselves to call and inbox me when they don’t even belong to any NGO on rape matters.
I think the women NGOs should bring up programs to sensitize our girls on how to avoid being raped IN THE CONTEXT OF THIS SKIT.
ON THIS NOTE I WANT SAY “I AM VERY SORRY”
Thanks
#babadebaba #comedian #rape #lagos #mc

Related Topics:Baba de Baba
Up Next

#BBNaija: From a Possible Relationship to CocoIce disliking Bisola’s British Accent…Here are 7 Highlights from Day 1