There's no Stopping Her! Ontlametse Phalatse was born with a Rare Age-Accelerating Disorder but her Positivity is Contagious 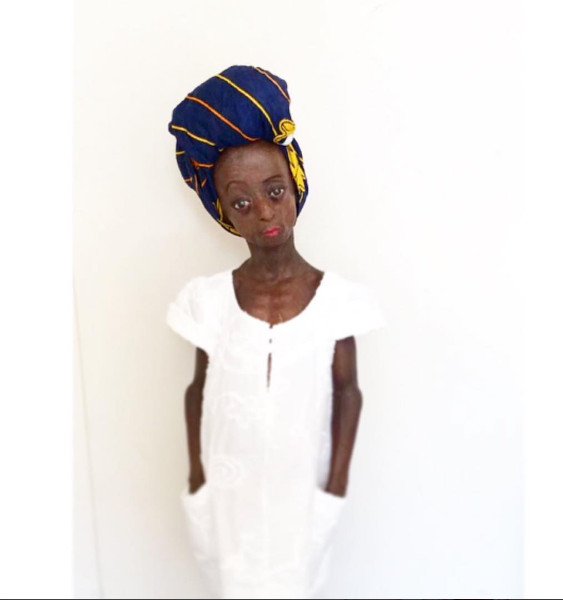 Ontlametse Phalatse was born looking “normal”, but later on, her mother Bellon discovered something was wrong. By the time she was three months old, she was already having constant rashes on her skin and her mother thought she had a skin disease.

Before Ontlametse celebrated her first birthday, her hair was falling, her nails weren’t normal, the skin problems continued. Her parents were going from doctor to doctor.

Her father abandoned she and her mother before she celebrated her third birthday, as she was aging prematurely.

She was enrolled in school at 6 years old but that came with scornful remarks from her classmates and teachers who thought she had AIDS. People living with AIDS were always being discriminated in South Africa at the time.

It did not stop her as she proved to be a bright student.

In 2009, a doctor friend suggested she have Ontlametse tested for Progeria – (a rare age-accelerating disorder also known as Benjamin Button Disorder), and brought her a book about the disease. She was later diagnosed of the disorder.

Ontlametse has a bubbly and positive personality, and she doesn’t allow her condition to bring her down.

She calls herself ‘First Lady’ because she is the first (recorded) Black child with the disorder. 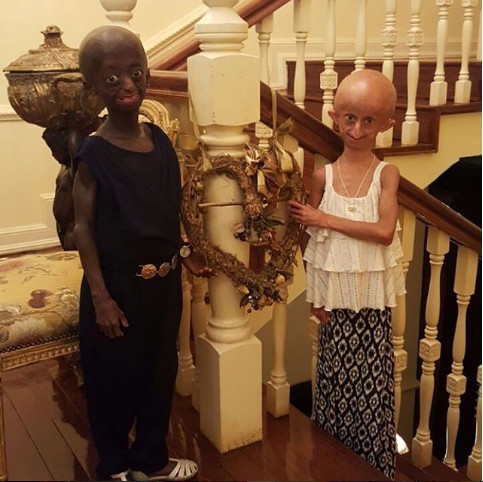 Her caption: What a lovely day. Life is about enjoying every moment

The disorder is believed to have inspired the Brad Pitt movie The Curious Case of Benjamin Button, in which he is born an old man and ages backwards.

The Progeria Research Foundation says that only two Africans have been diagnosed with the disease and they both live in South Africa – Ontlametse and a 5-year-old white girl.

Although, researchers believe there are other children with the disorder, but they (researchers) haven’t been able to reach them.

The foundation added that the number of children diagnosed with the disorder around the world has soared from 48 to 80 on five continents.

Ontlametse was not expected to live beyond the age of 13, but later this year, she will be celebrating her 18th birthday.

‘I don’t care what people say about me,’ she says adding that she wants to become a psychologist to help people with their problems. She recently graduated from high school.

In South Africa, matriculation (or matric) is a term commonly used to refer to the final year of high school and the qualification received on graduating from high school, although strictly speaking, it refers to the minimum university entrance requirements.

She is truly an inspiration and we are seriously rooting for her.