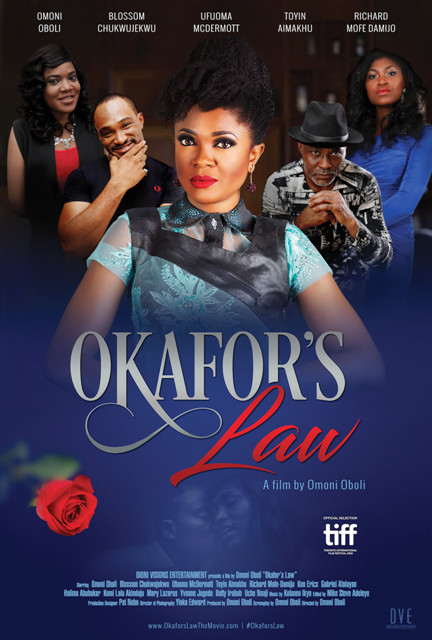 Star actress and producer, Omoni Oboli is gearing up for the cinema debut of her new movie, Okafor’s Law on March 31, 2017.

Okafor’s Law is the story of a man who believes that if a man has bedded a woman once, he can do it again and again regardless of anything.

It is the story of Chucks (Blossom Chukwujekwu), an ardent player with ladies, whose quest to proving this law to his friends brings him three women he must re-seduce: Ify (Ufuoma McDermott), Tomi (Toyin Abraham) and Ejiro (Omoni Oboli), whose lives have drastically changed.

This must be done within 21 days. This challenge of their various new statuses makes his quest to win the bet more and more insurmountable as he tries to prove the immortality of the long age law: Okafor’s Law.

#ThrowbackThursday: What Was Your Favourite Cartoon Growing Up?