Audio: President Buhari told me he wanted a vice president that can "hold the nation together" if he dies in power - Tunde Bakare 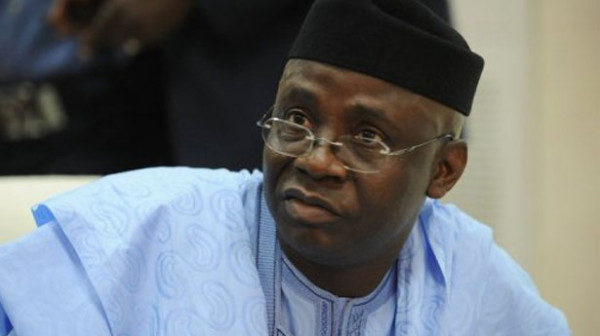 Speaking to his congregation on January 3rd 2017, General Overseer of the Latter Rain Assembly, Pastor Tunde Bakare, disclosed that President Muhammadu Buhari picked him as his running mate in the 2011 election because he wanted a vice president that can hold the nation together if he passes on while in power.

The duo contested under the aegis of the then Congress for Progressive Change (CPC) but lost to Goodluck Jonathan and Namadi Sambo of the Peoples Democratic Party (PDP).

He said all that transpired during that period had been documented in the book: ‘Strategic Intervention in Governance’, which he authored.

“After I was called and I went to Abuja, and I sat with Mr President or General Buhari then, I said why me? ‘I’m not a politician’, ‘I do not belong to any political party’, ‘I am not carrying card of any party, why me’?

He gave me all the reasons, they are written in the book; ‘Strategic Intervention in Governance’. He gave three reasons, but the one that made everyone around me that day to doff their hats was when he said: I am not as young as you think, and even Yar’Adua that is younger is dead.

In case I die, I know you can hold the nation together. That was when Jim (he didn’t give his surname) removed his cap and said egbon, you must agree,” Bakare said.

Bakare said on another day, he met with Buhari:

“Sir, I need to understand something before I do anything. Every running mate of yours, including the one that was even your deputy in the military, is dead.

Ume-Ezeoke is dead, Okadigbo is dead, Idiagbon is dead, I am not about to die?

‘Pastor, you must be very funny, I have never even thought about it,’ Bakare said Buhari told him. ‘I said I’m thinking,’ Bakare added.

I knew he had nothing to do with their deaths, but that man carries a dimension of grace that if you deal with him, and betray him, you pay with your life.

So I said to him, hear me now, ‘I will never betray you, I leave it to you to betray me if you wish to do so’. I’m not kidding you, you don’t know what transpired, for you, it was just campaign.

Loyalty is a two-way traffic, if you cannot do that with God, forget, you cannot do it with men, you’d betray the cause, somewhere along the line, when things get tough, when they are not as easy as you expect them to be.

God builds your confidence if you heed to his agreement.

He said that a day to the deadline for submission of nominations, Nasir El-Rufai met with him and told him that Olusegun Obasanjo just told him (El-Rufai) to tell Buhari to drop Bakare for Ngozi Okonjo-Iweala so that he (Obasanjo), as well as Aliko Dangote and Ibrahim Babangida can support him (Buhari).

Bakare said he was relieved and proceeded to tell Buhari the ‘good news’. He said he told Buhari that Okonjo-Iweala is a good choice as she portrays balance in gender and ethnicity, has the necessary experience, and international exposure, all of which he lacked.

He said that after Buhari listened to them, he told him to return the form he was not interested, adding that he will look for somebody else.

Bakare said that that was when he signed the form – in Buhari’s room.