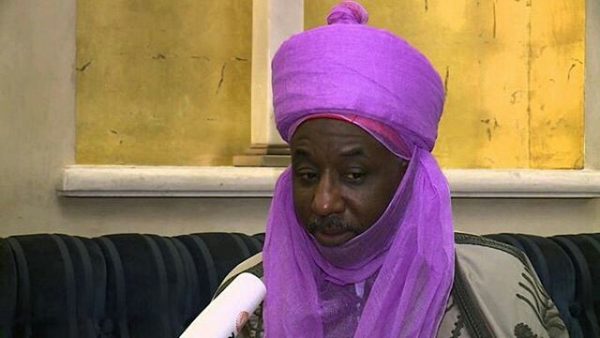 Emir of Kano, Muhammadu Sanusi II has said that he will introduce a new law which will place a restriction on polygamy as it is connected to poverty and terrorism.

The monarch made this known while addressing a Muslim gathering on Sunday.

“Those of us in the (mainly Muslim) North have all seen the economic consequences of men who are not capable of maintaining one wife, marrying four. They end up producing 20 children, not educating them, leaving them on the streets, and they end up as thugs and terrorists.

The law will address what Islam says on marriage, it will outlaw forced marriages, it will make domestic violence illegal, it will put in conditions that you need to fulfil before you can marry a second wife, it will spell out the responsibilities of a father beyond producing a child.

It is a big law which covers a whole range of issues from consent to marriage, to maintenance to divorce, to maintenance of children and inheritance. It will be the first time in Northern Nigeria that a Muslim law on personal status will be codified,” the Emir said.