The newly sworn-in governor of Ondo State, Rotimi Akeredolu (SAN) has promised to make the collective interest of the state his paramount focus.

Akeredolu said this on Friday in Akure in his address shortly after taking oath of office amidst pump and pageantry.

Akeredolu also pledged not to renege on his campaign pledge that the peoples’ welfare shall form the basis of his government.

“We listened to our people in the course of our campaign to all nooks and crannies of the state. We heard them loud and clear through their votes.

We witnessed firsthand the deplorable conditions under which they exist, and we are determined to make the difference with the specific mandate of redemption liberally handed over to us.

Our platform for change is erected on strong pillars which consist of the core sectors of government activities that our blue print lays emphasis on,” Akeredolu said. 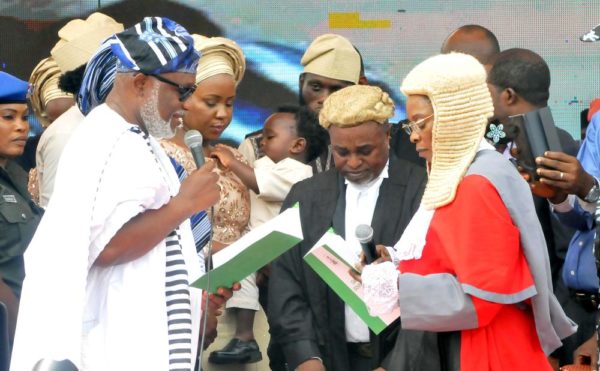 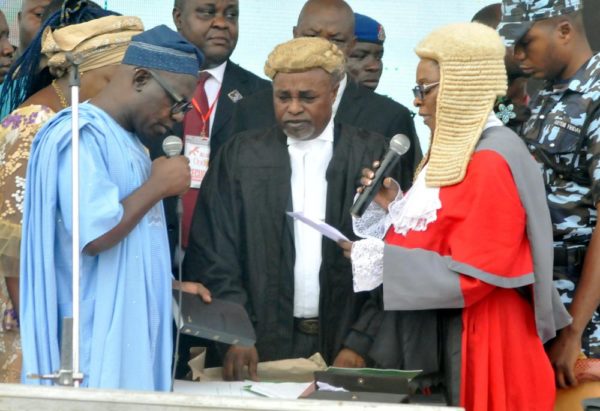 According to him, these core sectors are finance and management of state resources, Agriculture and Natural Resources, Commerce and industrial development, education and Technology, Land, Housing and Environment, among others.

The governor said that the main mission of his administration was to lead a patriotic, highly inspired and competent team “to rescue the ship of our state”

Akeredolu, who acknowledged the enormous challenges faced by the state, pointed out that the blue print of his administration was anchored on five cardinal programmes popularly known as “our platforms for change”

Senate President, Bukola Saraki led dignitaries across all walks of life to witness the swearing-in ceremony.

Other dignitaries present at the event held at the Akure Stadium included Senator Bola Ahmed Tinubu, the national leader of All Progressives Congress (APC) and John Odigie-Oyegun, national chairman of APC. 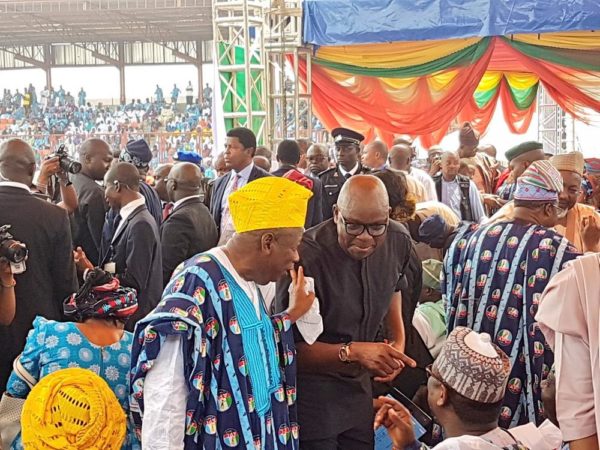 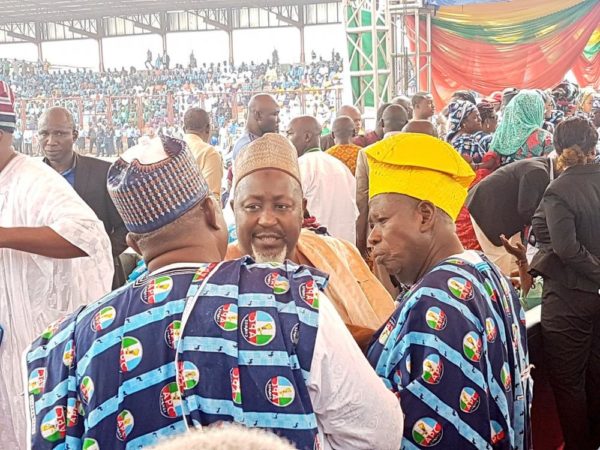 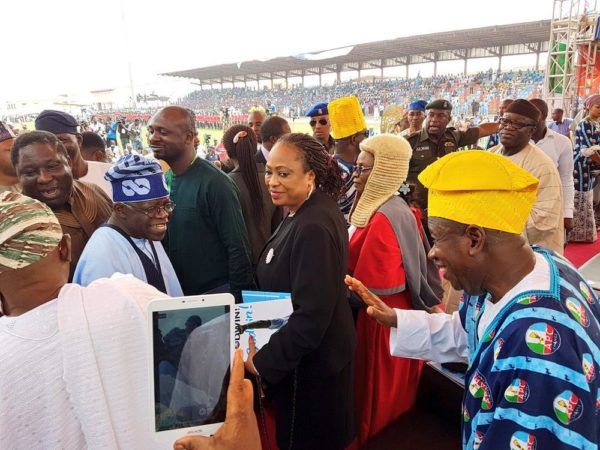 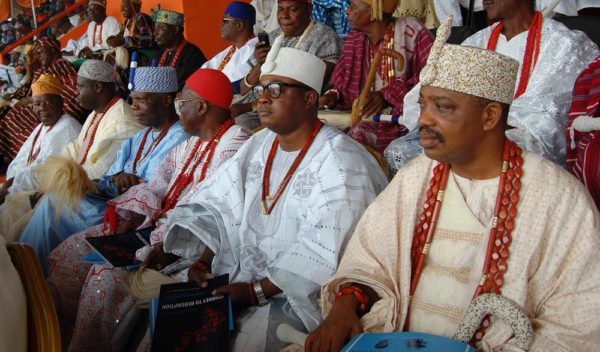 Akeredolu of the APC defeated Eyitayo Jegede of the Peoples Democratic Party (PDP) in the November 26, 2016 gubernatorial poll in Ondo State to become the governor of the state.

Former Governor Olusegun Mimiko formally handed over the reins of power to Akeredolu in a brief but colourful ceremony on Thursday evening.