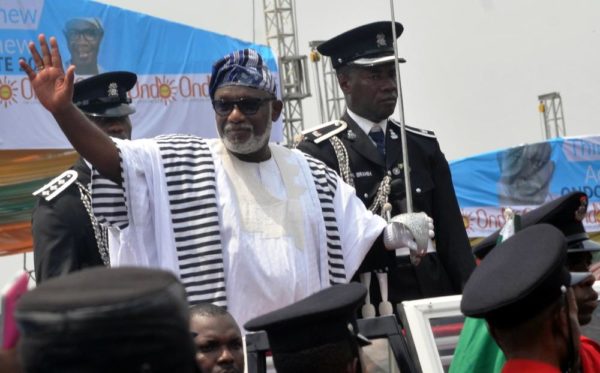 Ondo State Governor Rotimi Akeredolu has banned logging activities in forest reserves across the 18 local government areas of the state.

In a statement signed by Toyin Akinkuotu, the state’s Head of Service, on Friday in Akure, Akeredolu said that the ban is with immediate effect.

The governor also dissolved every taskforce on forestry and related matters.

He directed law enforcement agencies and forestry officials to ensure strict compliance with the directives.

“This development is coming on the heels of reported illegal exploration activities going on in forest reserves across the state. The illegal activities have resulted in loss of huge revenues by the state government,” he said.

Akeredolu of the All Progressives Congress (APC) was sworn-in on February 24, following his election on November 26, 2016.

Audu Maikori “is going to be prosecuted” – WATCH Gov. El-Rufai Speak on his 2012 Tweet & #SouthernKaduna Killings at #SMWLagos