Following the certificate forgery scandal rocking Senator Dino Melaye, the Kogi West Legislator has shared a photo of him and his colleagues at the National Youth Service Corps (NYSC) Camp in Kaduna.

He captioned the photo: “ABU 99 set at NYSC camp in KD. Me in blue short”. 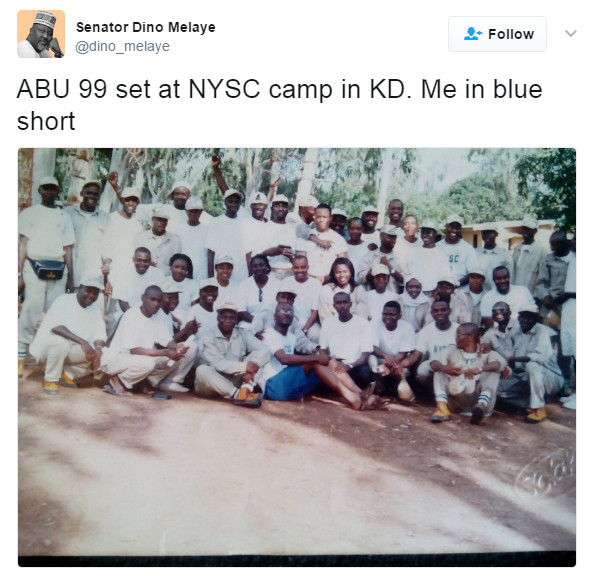 Earlier this week, reports made the rounds, alleging that the senator did not graduate from Ahmadu Bello University (ABU), Zaria, as he claimed.

Online news medium, Sahara Reporters, quoting some examination officers from the school, alleged that Melaye, paid his Head of Department, David Ogbonna to forge his transcript and certificate.

The report stated that the suit would be file at the Federal Capital Territory, FCT, High Court, Abuja.