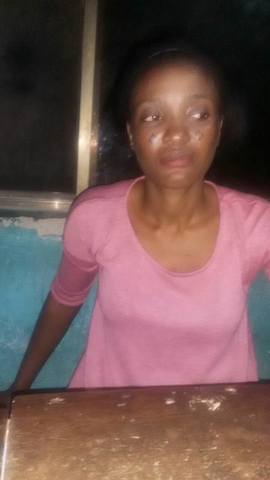 Ekiti state governor, Ayo Fayose on Sunday night announced that an investigative panel has been set to to unravel what transpired in the case of a nursing mother allegedly beaten by some policemen in Ado Ekiti on Friday.

Fayose made this known while speaking on a monthly public enlightenment programme: “The Governor Explains”.

He said the investigation will unravel the policemen that beat the woman.

The governor said he was particularly disturbed by media reports linking policemen to the alleged beating of the woman, Toyin Adeyeye, despite  her status as a nursing mother.

He described as regrettable, the policemen’s action, coming barely two weeks after the state celebrated Women’s Day with fanfare.

The governor declared that the law on violence against women still subsists  in the state, and that the law would be applied as appropriate in this matter.

Chafe spoke in a reaction to the social media outrage against the policemen for brutalising a woman.

After the beating, Adeyeye and her baby, including her younger brother, Adeniyi Dada were detained at a police station in Ado Ekiti, the Ekiti state capital. The car Dada was driving was also impounded.

“It is not good for somebody to prevent a law enforcement officer from carrying out his lawful duty, somebody wearing the uniform? It is not about his age but the authority he carries, I don’t allow my men to do something contrary to the law.

Those people slapped my policeman on duty and tore his uniform. Uniform is an authority and what those people did was against the law and it is not good for a civilian to slap a policeman

I don’t want a woman to be detained with baby or with pregnancy, I don’t want an old woman or a minor to be detained. I have taken note of this and we will take the right action on the matter as investigation continues,” Chafe said.

The husband of the woman, Akanni Adeyeye refuted the policemen’s claim, saying his wife and her brother were beaten and detained for refusing to offer bribe to the policemen at the checkpoint.

He told newsmen that about five policemen on duty at the checkpoint beat them  before taking them to the New Iyin Police Station where they were  detained.

The woman and her daughter were released by the police on Saturday night.