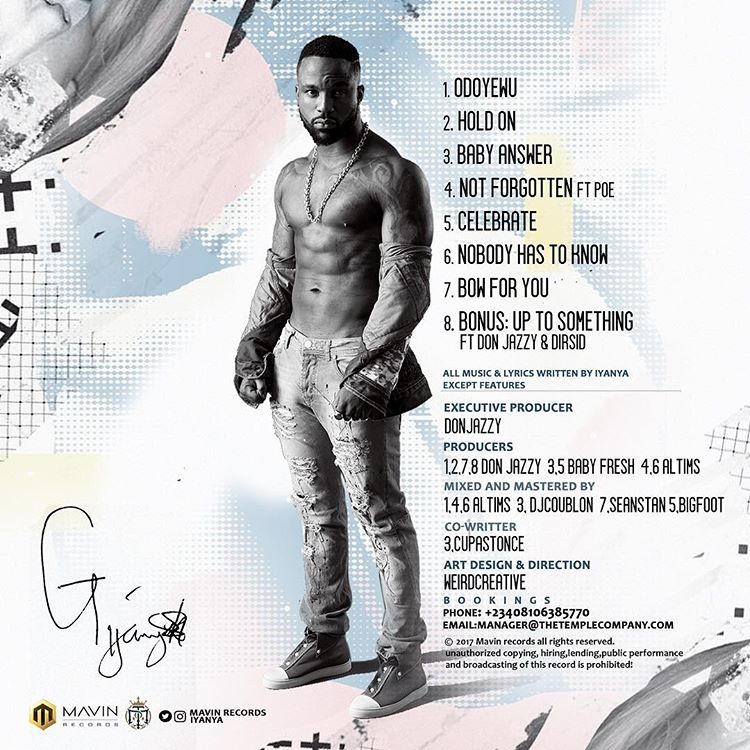 Mavin Records act, Iyanya has released the official tracklist for his new EP titled “Signature“. The 7-track EP whis is the singer’s first project under Mavin Records is scheduled for release by midnight today. The EP which houses 7 track and 1 bonus track features fellow Mavin acts; Poe, Don Jazzy and Dr Sid and was produced by Mavin’s in-house producers; Don Jazzy (executive producer), Babyfresh and Altims. Announcing the release via his Instagram page, he said: