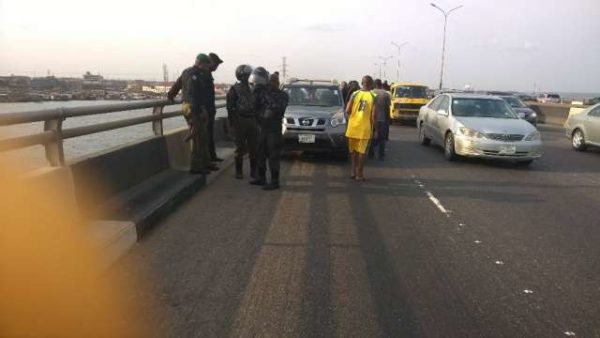 The Lagos State Police Commissioner Fatai Owoseni has said that the body of Dr. Orji Allwell, who jumped off Third Mainland Bridge into the Lagoon on Sunday, March 19, has been recovered.

According to Channels TV, Owoseni said his corpse has been identified by his family.

Owoseni said that Marine police officers recovered the remains of the medical practitioner in the Lagoon in the CMS area of the state.

Dr. Orji, who worked at Mount Sinai Hospital, Surulere, Lagos was said to have told his driver to stop their vehicle. He alighted and jumped into the Lagoon.

Daily Sun had reported that the doctor had tried to commit suicide four years ago.

The report said a neighbour disclosed that the deceased jumped from the two-storey building they were living in on Odunukan Street, near University of Lagos, Akoka.

Four years ago he attempted to kill himself and, thereafter, had tried doing so on a number of times. Since then, his family had been monitoring him.

We don’t know the kind of sickness he was suffering from, but we knew he was being monitored. That was why he was assigned a driver to take him around.

He was such a gentle boy, who never made any trouble. His family has lived on this street for long; his father died four years ago.

Perhaps the driver who drove him didn’t know about his condition because he was engaged about three months ago.