"I don't expect her to be honest about my mom, but it's just so hurtful" - Kim Kardashian West Speaks on Caitlyn Jenner's New Memoir 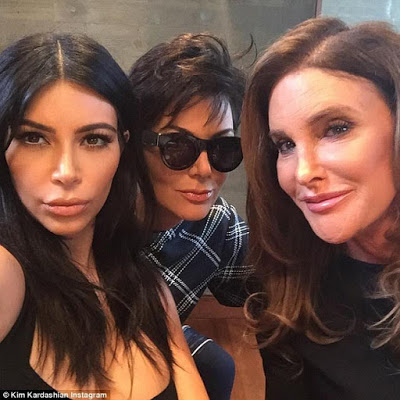 Media personality Kim Kardashian while discussing Caitlyn Jenner’s new memoir with Daytime TV Talk show host Ellen DeGeneres, revealed that she felt hurt by the things Caitlyn wrote in the book, especially about the things she said about her mother, saying that Caitlyn isn’t being honest about certain things regarding her marriage to Kris.

My heart breaks for my mom, because I feel like she’s been through so much. She’s promoting this book and she’s saying all these things and, you know, I just don’t think it’s necessary, I just feel like it’s unfair; things aren’t truthful.

I mean, I feel like it’s taken her a really long time to be honest with herself, I don’t expect her to be honest about my mom now, but it’s just so hurtful. Like, I just wish her all the success in the world, but not at our expense.

T.I. & Tiny are Officially Moving Forward with their Divorce

Caitlyn Jenner Defends her Memoir in New Interview, Talks About Kris, being close to Kim, Khloe not Speaking to her for 2 Years and More!