Inspiring! 72-year Old Grandmother Graduates from Same University She Dropped Out Of Over 50 Years Ago 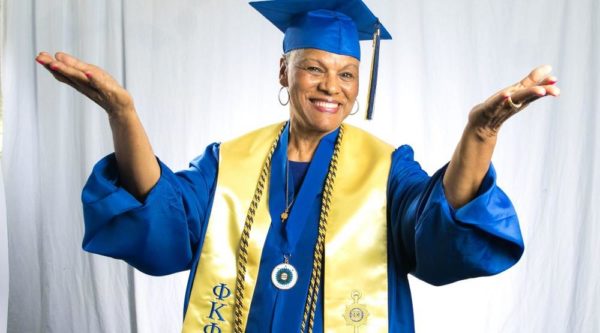 In 1962, former Miss New Jersey and Miss Glamour runner up Darlene Mullins, 72, began her journey to earn a college degree in Tennessee State University, but just as it started, it was cut short.

She met fellow student John Mullins, a senior from St. Louis, Missouri, who she described as dashing, handsome and “everything to behold,” and they fell in love.

“Love got in the way,” said Mullins, who celebrates 54 years of marriage in August.

Speaking to TSU’s Alumni Life, a campus magazine, in 2014, Darlene said “I thought he was the finest thing walking on the campus.”

She said after courting for a while, they got married a short time later. She said John completed his degree program in 1964 and she took on the role of caring for their home and raising a family.

“I came to TSU because I ran track. I wanted to go to the 1964 Olympics. Wilma Rudolph was my idol and I was on my way. I get to TSU and meet the great coach (Ed) Temple, but we bumped heads, because I had to make a choice between his track team or John Mullins,” Darlene said.

Darlene began a long and successful career in retail and cosmetology after family care got less.

John and Darlene have been supportive of each other over the years and have lived in 6 states over the course of their marriage. 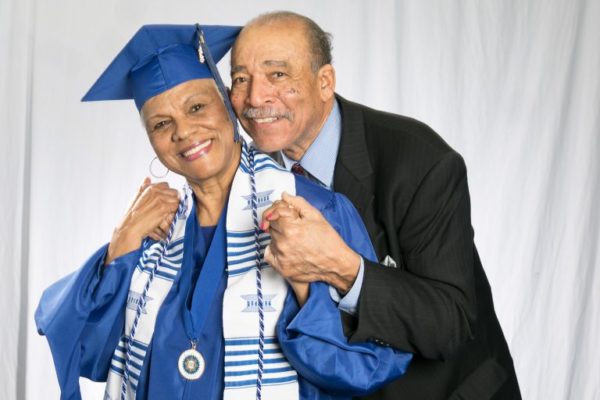 Darlene said she never forgot about her academic aspiration.

“Something kept nagging at me. I always told my children to make sure they finish what they started and I kind of felt it was time to live up to my own advice,” she said.

The couple moved back to Nashville to allow Darlene to return to TSU and pursue a degree in interdisciplinary studies in 2013.

“My goal was to come back and finish at Tennessee State.  I didn’t know at the time how long it was going to take, I just knew I had to do it,” she said.

At times, she took as many as 20 credit hours a semester, and maintained top grades.

On May 6, Darlene will be among more than 800 graduates from various disciplines at the undergraduate spring commencement in the William Jasper Hale Stadium on TSU’s main campus.

“I am really looking forward to this. I am very excited and just overjoyed to see this day. My graduation from college, for me, confirms that I completed what I started more than 50 years ago. I am happy,” Darlene said.

Make Extra Income From Your Car this April! Get a Free Vehicle Inspection & Become An Uber Partner