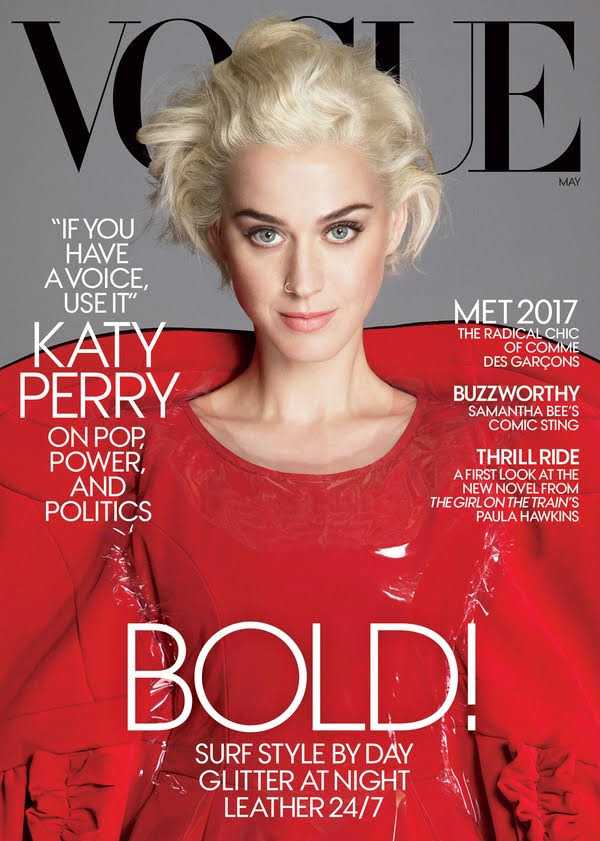 Beautiful, fine-boned Hitchcock blonde were the words used by Vogue‘s celebrity Photographer Mert Alas to describe superstar Katy Perry as she got ready to shoot for the top notch magazine.

Katy who is one of the most celebrated musicians in the world (very evident, she is the most followed celebrity on twitter) has come a long way since her Teenage Dream days and she is the latest cover star for Vogue Magazine. 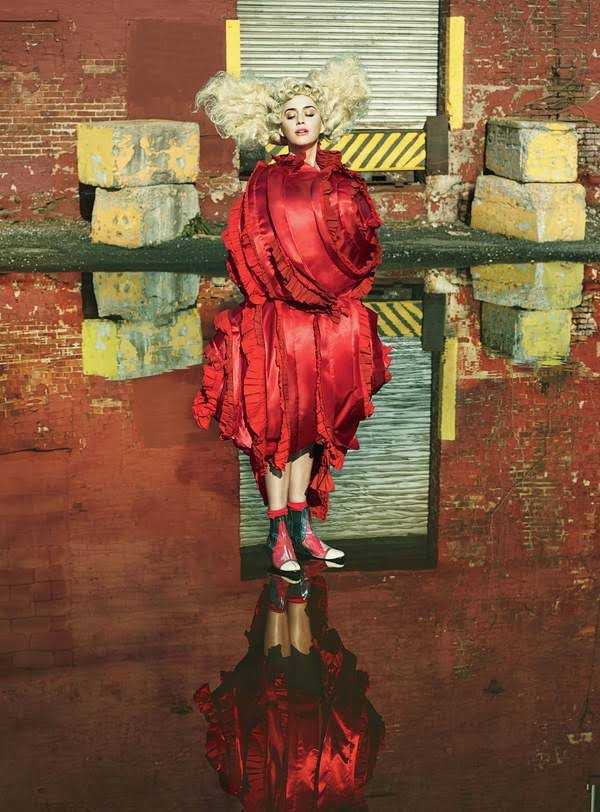 The star who was born Katheryn Hudson to religious Santa Barbara parents has been a performer since her childhood, and a self-confessed “black sheep” daughter of evangelical Christian pastors.

In this intimate interview with Vogue’s Hamish Bowled, Perry is as bubbly and mysterious as she seems to all of us. As she talks about everything from her “Cutesy” style (which she is trying to come out from) to her new found love for androgynous & architectural style, her religious upbringing and politics. 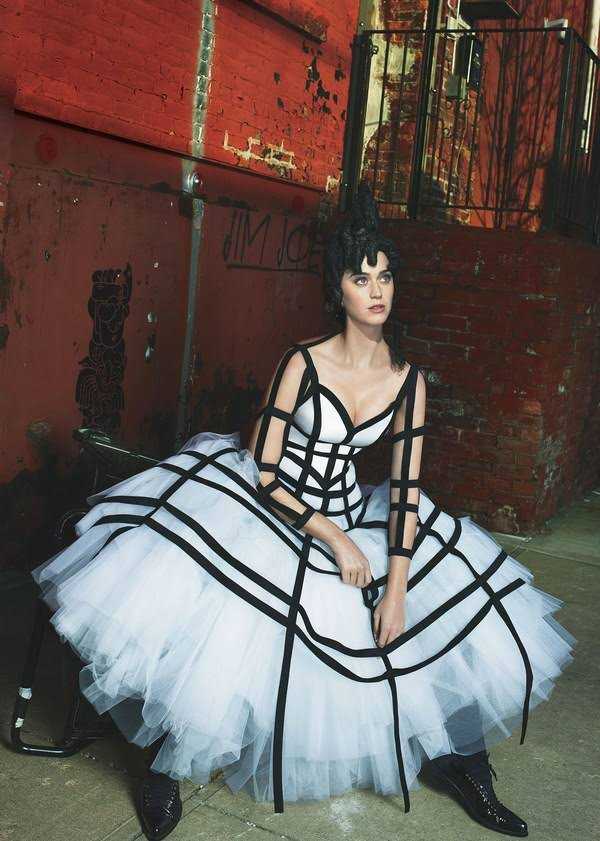 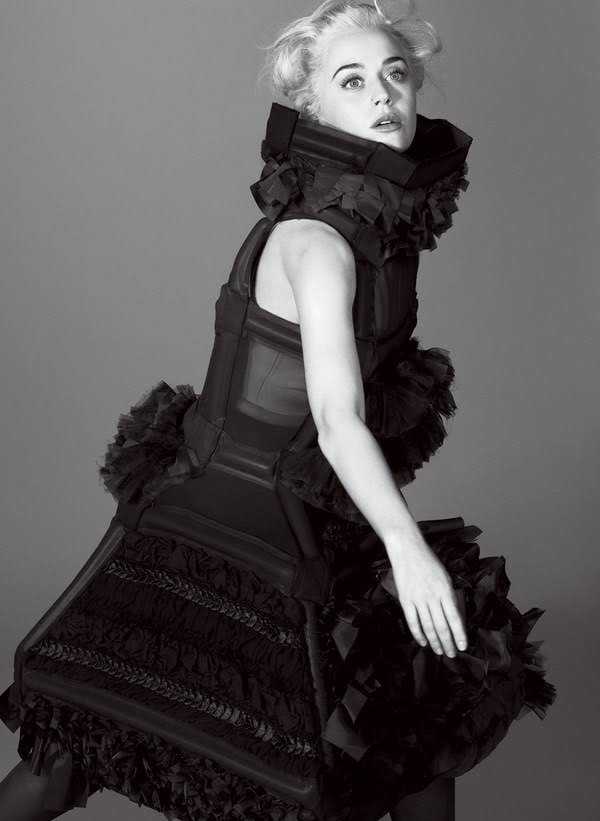 She talks about leaving her Santa Barbara home with her mother at 13 to record a gospel album and then she realised the whole new world that changed her mindset and redirected her towards what she wanted to do and who she wanted to be. 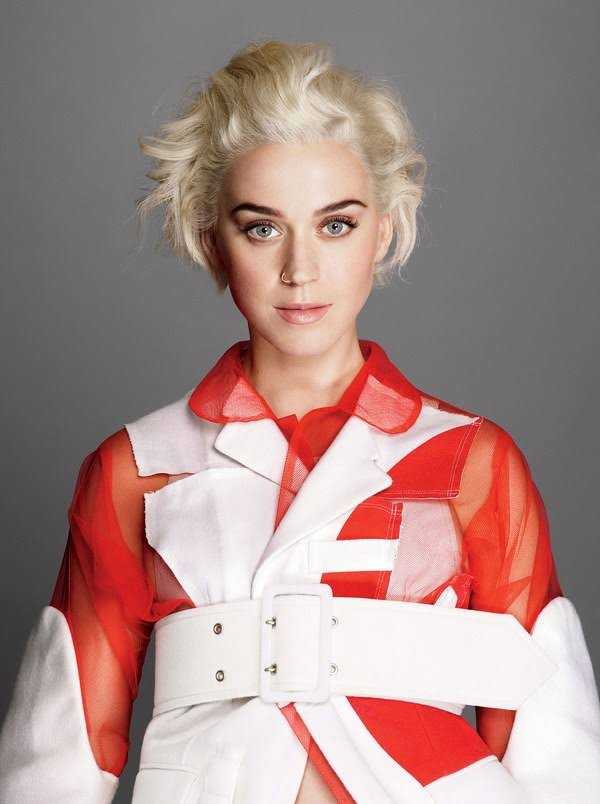 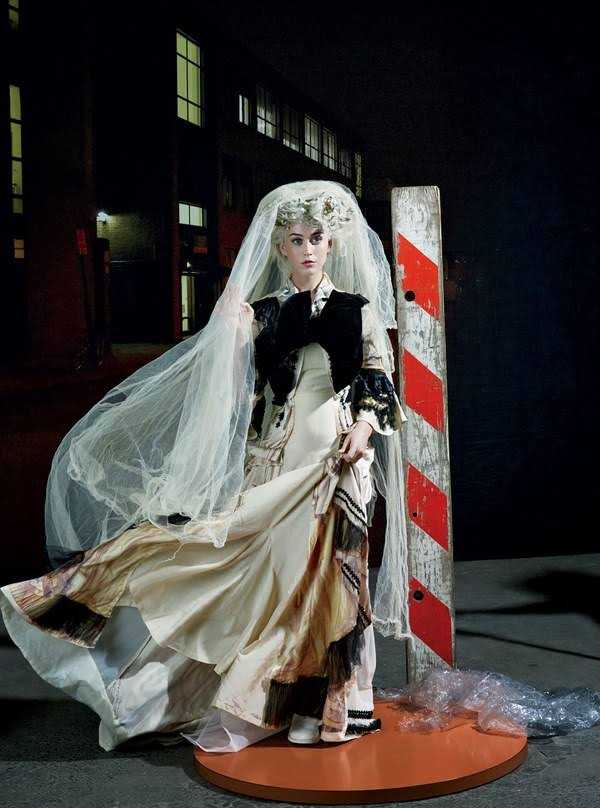 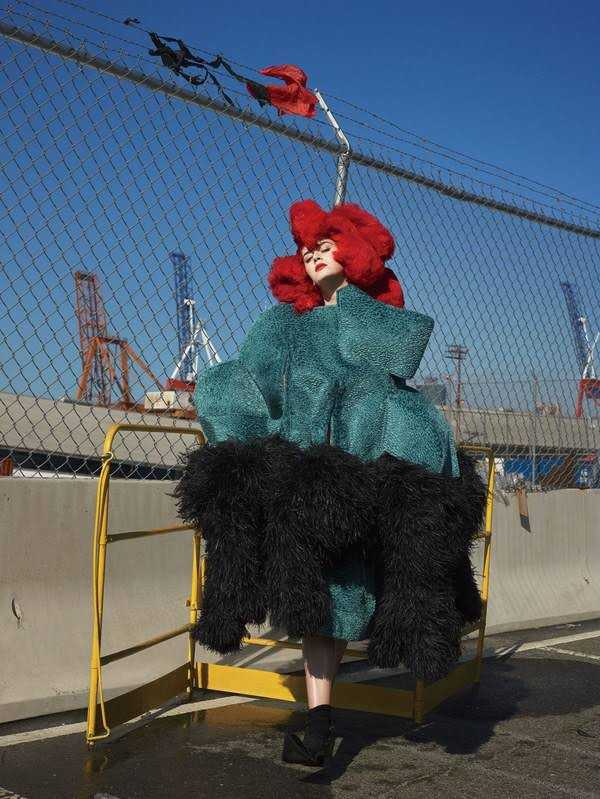 She also explains her curiosity and how it has led her to where she is presently,“I came out of the womb asking questions, curious from day one, and I am really grateful for that: My curiosity has led me here. Anything I don’t understand, I will just ask questions about it ”

At 32, Perry is recalibrating her life on many levels. “It’s a nice place to be,” she says of her age. “I love it! I wouldn’t give anything to go back to my 20s; I’m so much more grounded and I’ve learned a lot of lessons, patience, the art of saying no, that everything doesn’t have to end in marriage. That your education can start now. I blasted off on a rocket, holding on for dear life,” she adds.

On her take on politics, the singer admitted to being devastated post election,

I was really disheartened for a while; it just brought up a lot of trauma for me. Misogyny and sexism were in my childhood: I have an issue with suppressive males and not being seen as equal. I felt like a little kid again being faced with a scary, controlling guy. I wouldn’t really stand for it in my work life, because I have had so much of that in my personal life. But it’s an awakening that was necessary because I think we were in a false utopia . . . we can’t ever get that stagnant again. I am so grateful that young people know the names of senators. I think teenage girls are going to save the world! That age group just seems to be holding people accountable. They have a really strong voice and a loud one.

Katy ends the interview on a very conversational and interesting note. After having dinner with Hamish Bowles at an unpretentious Italian restaurant in Tribeca, the singer adds, “I don’t cure cancer or anything, but I know that I can bring light and joy and happiness in tiny installments of three minutes and 30 seconds. That does something.” 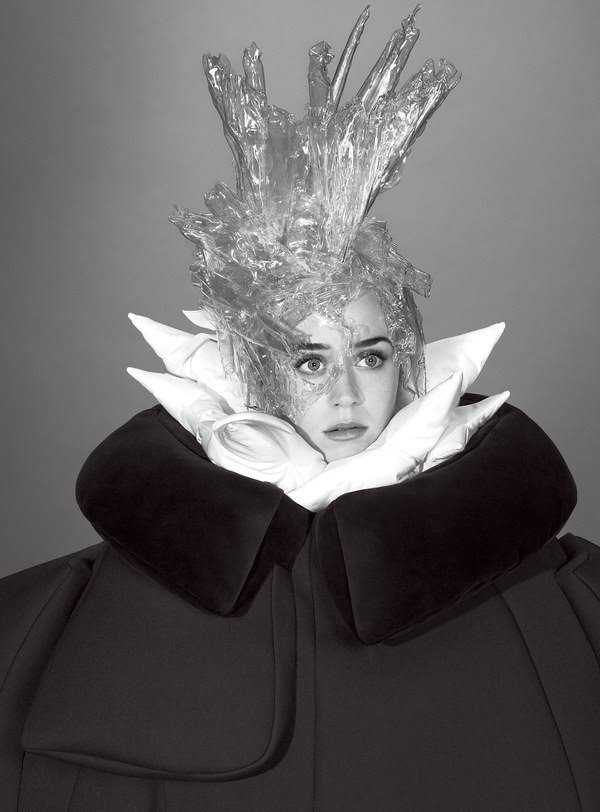 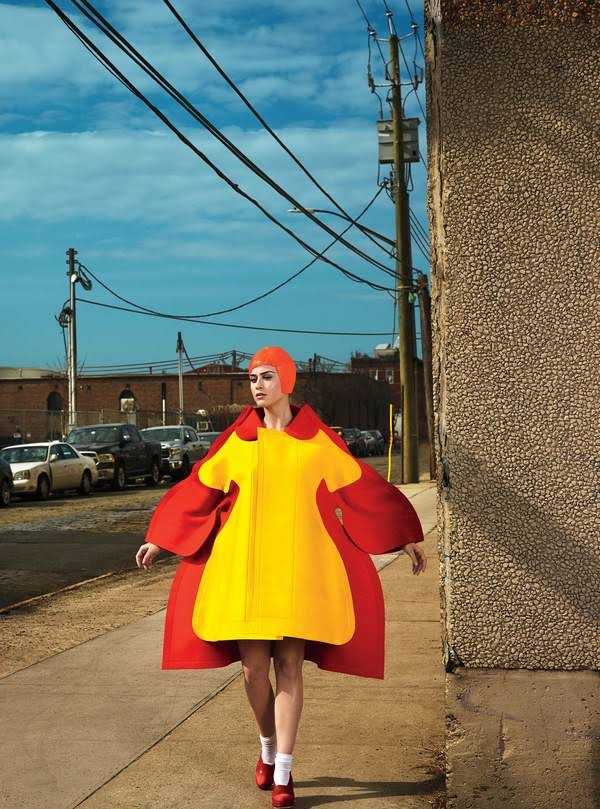 Read the full article on Vogue.com