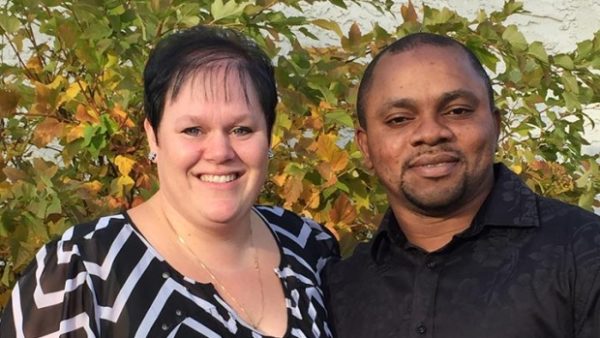 Michelle and Victor Omoruyi have been arrested by U.S. and Canadian immigration officials for alleged human trafficking, CBC News reports.

The arrests were made after a four-month joint investigation in the Saskatchewan region.

Officials had been investigating Victor as he was frequently crossing the Canada-U.S. border.

U.S. Customs and Border Protection officials had alerted their Canadian counterparts that a smuggling attempt may be in the works.

Victor was arrested after he crossed the Canada-U.S. border in North Dakota heading south at 1:30PM CST on Friday April 14.

Officials say he was arrested with two other people over immigration violations.

U.S. Customs and Border Protection said no charges have been laid against those three people yet.

His wife, Michelle, 43 was pulled over at about 9PM as she was driving in an isolated area north of the border and was arrested after nine people (five adults and four children) from West Africa were found in her vehicle.

The nine persons are said to be asylum seekers and have since been released. Information on their ages and nationality were not released.