President Buhari will Fight Corruption to a Standstill - Spokesperson 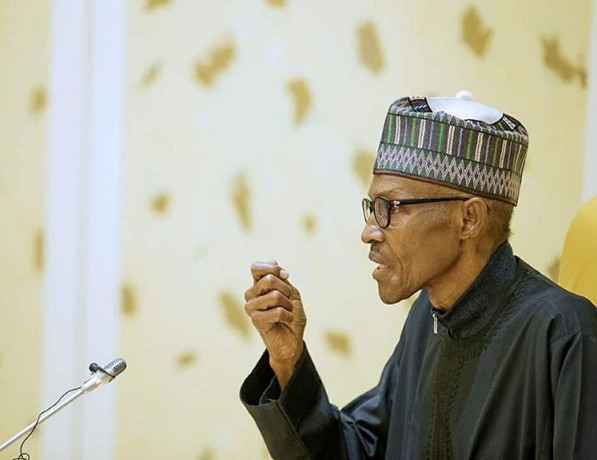 Garba Shehu, the Senior Special Assistant on Media and Publicity to President Muhammadu Buhari has said that the Buhari administration has vowed to fight corruption to a standstill in spite of strong resistance by some individuals and groups.

Shehu made this known in a statement issued in Abuja on Sunday.

He stressed that the war against perfidy and corruption by the Buhari administration would not stop despite the opposition against it in some quarters.

The Presidential aide, who featured on a radio programme tagged, “Hannu Da Yawa” at the Federal Radio Corporation of Nigeria, Kaduna zonal station, on Saturday, maintained that the President declared rooting out corruption as one of the cardinal policies of his election campaign.

“Let me say one thing. Those whose illicit ways of accumulating money have been stopped will criticize this government but all that will not derail the unfaltering commitment of the President Muhammadu Buhari administration to the war against corruption.

He is aware that this was one of the main reasons why Nigerians in their millions put their trust in him; the main reason they voted him into power in 2015.

To keep that trust of ordinary Nigerians who voted him into the office, he has vowed to give corruption a good fight. He will not let them down,’’ he said.

Shehu admitted that so far, the battle to uproot corruption from Nigeria has not been easy.

According to him, corruption has been fighting back vehemently, finding accomplices in various forms and guises but reassured that the Buhari administration will not relent.

“Nothing will return our country to those sad, old days of wanton thievery that have plunged us into the economic mess from which Nigeria is currently recovering.”

“The war against corruption in Nigeria is one of those clashes between good and evil, where good is determined to triumph.’’

He dismissed the insinuation that some members of the governing party, the All Progressives Congress (APC) were being spared in the ongoing campaign against corruption, saying “all are equal before the law’’.

Shehu also lauded those fearless ordinary citizens for embracing the whistleblower policy by “taking extraordinary risks’’ to expose corruption in the society.

Alleged Assault on Nursing Mother: “We will soon address the press on the outcome of our investigation” – Ekiti Police